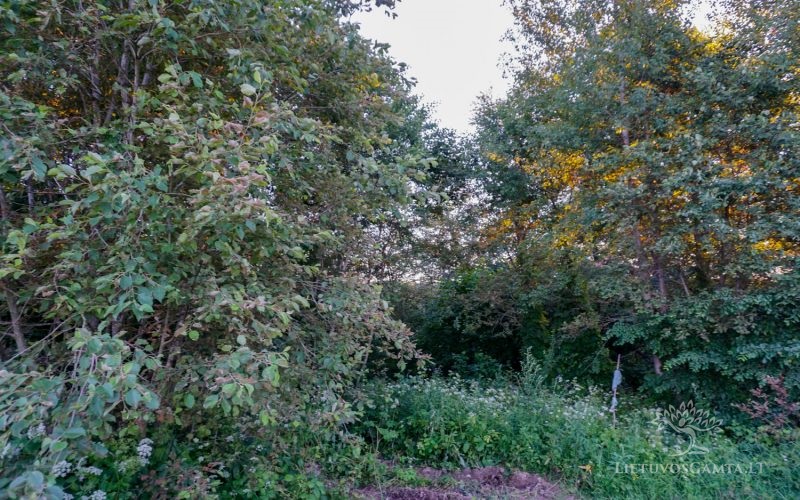 Antakalne Mound is situated in Panemune region which is famous for the castles and its magnificent past. The mound that stands on the bank of the streamlet Gystus is the living memory of the battles against the Teutonic Order. According to the locals, Antakalne Mound is precisely the place where the brave Duke Narimantas, the second eldest son of Gediminas, Grand Duke of Lithuania, who died during the Battle of Streva, is buried. The Graves of the Giants were usually formed in honour of the ancient heroes, who were respectfully called Giants, in their burial grounds. Such hills had to pay tribute to the greatness of the deceased and to remind for the rest of the days the historical Lithuania of the Dukes. Therefore, there is no wonder that people call this place the Grave of the Giants.

This castle hill is a significant contemporary of the battles against the Teutonic Order. The hill contributed to the defense of the country. The old people remember a small castle that stood here and undoubtedly defended the locals during the battle. Nor could this be otherwise because Antakalne Hill formed a part of the important Nemunas Defense System of the Grand Duchy of Lithuania.

The hillock from the times of the beginning of the 2nd millennium is variously called by people: some people call it Antakalne Mound, while others – Naujokai Mound or Gystenai Mound. And all names are appropriate because the castle hill stands in the intersection of the village having the same names. The slopes of the hill are steep, but there is no upgrade that could be difficult to conquer. Especially because the hill overlooks a beautiful panorama of Jurbarkas region. You should remember when looking around that Vytautas, the Grand Duke of Lithuania, who built his castle in the nearby Veliuona town, possibly admired the view from this place.