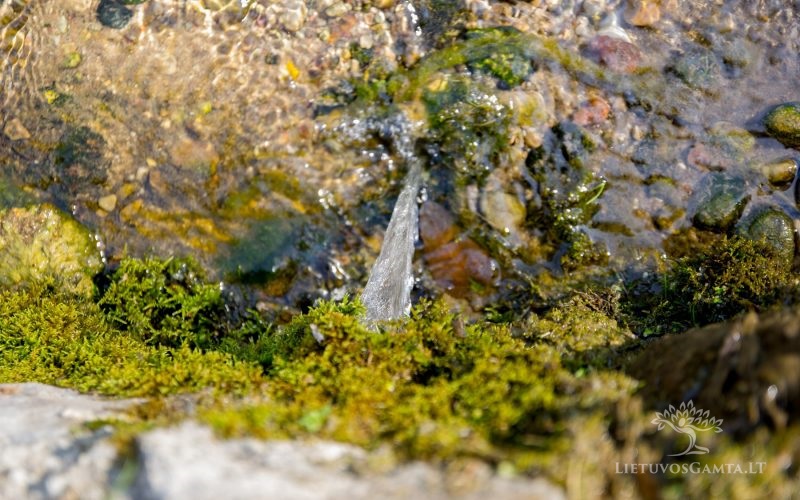 In Kavarskas, a small town in the district of Anykščiai, on the right bank of the Šventoji River, a traveller finds a petrified limestone spring, which was named after St John the Baptist and gave origin to numerous legends. From the level of the Šventoji River the fast-moving spring climbs up to the top of the mountain and stretches out for the length of 134 meters. The water from this spring is always cold and rejuvenating, and just a sip of it will be enough for you to start feeling energized and forget your ailments.

The legend has it that in ancient times, a wooden castle of Duke Kavaris was standing in this location. Duke Kavaris boasted extreme strength yet in his fights with foreign invaders he had lost his eyesight. During one of the battles, the Crusader knights caused the castle residents die of starvation and thirst.  Kavaris stuck his sword into the ground and announced that whoever pulled the sword out of the ground would have to break the siege of the invaders and bring some water from the Šventoji River. A young brave man whose mistress had just died of starvation pulled the sword out of the ground. A powerful current of water sprung up from the ground. When the castle residents tasted and drank that water they became imbued with supernatural powers which allowed them to easily defeat their enemies keeping their castle under the siege. When Duke Kavaris washed his blind eyes with the icy water of the spring, he also regained his eyesight. The coat of arms of Kavarskas depicts this particular spring of water.

In pre-war period, people regarded the water of this spring holy and healing. Local people retained this unshakeable faith in the powers of the spring until nowadays. This place is also associated to the magic night of St John the Baptist (Joninės, in Lithuanian). The Feast of St John had been observed there since ancient times. Nearby the spring one can admire a tall wayside shrine with a carved statuette of St John. Participants of St John’s Feast would wash themselves up with the magic water from this spring. Some pilgrims would get down the concrete steps and naughtily jump into the refreshing water pool immersing their whole body.

If you are planning to come visit this healing spring, or travel nearby, do not forget your containers for the water so that you could fill them up with it and take home as medication. Do not miss your chance to strengthen your health, to resupply your powers and vitality. 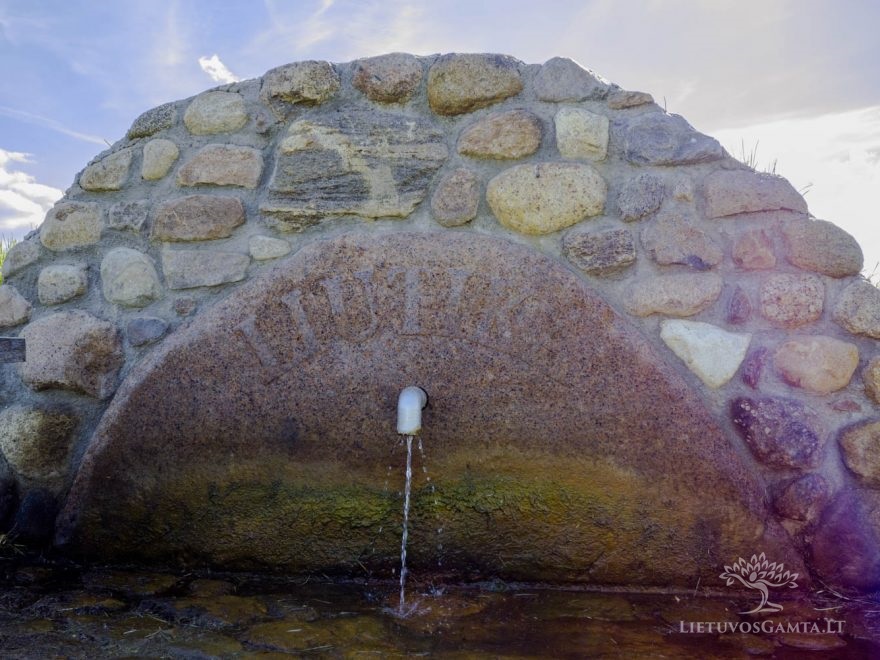 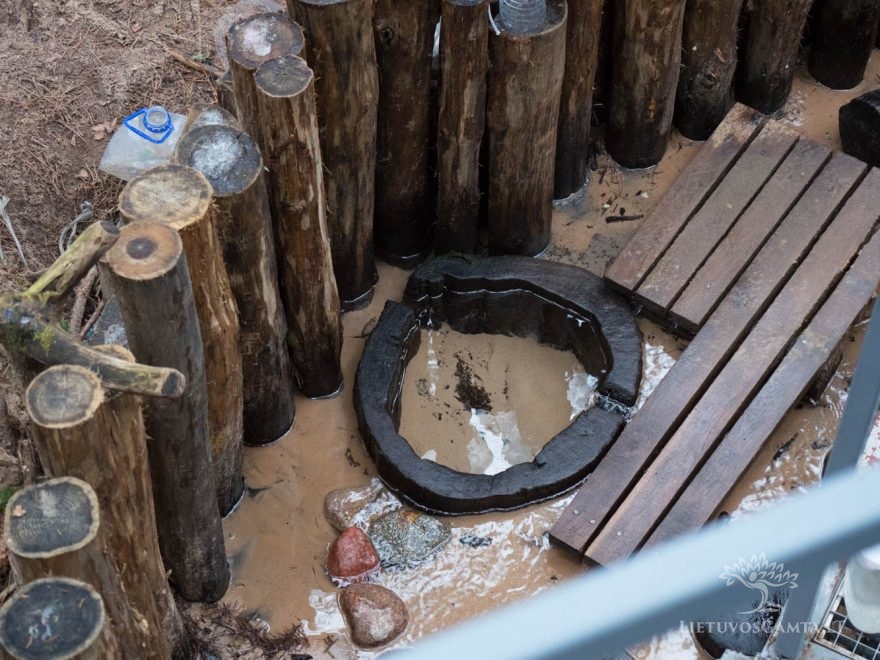 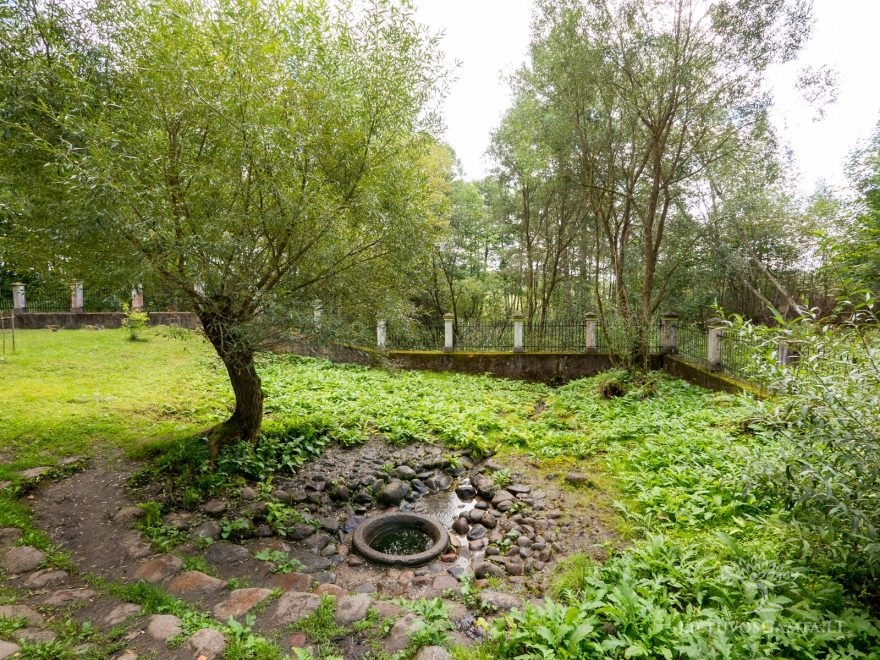 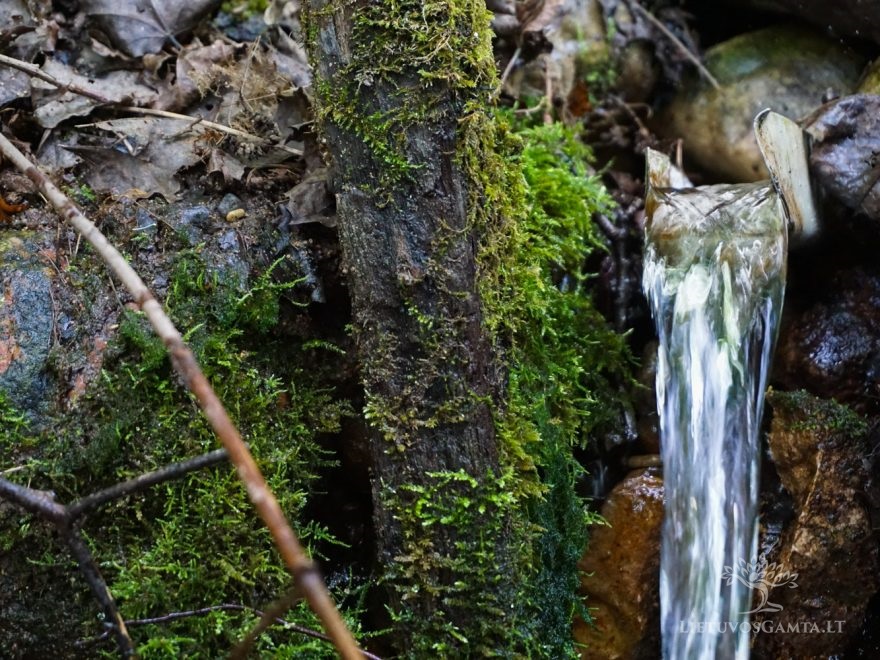 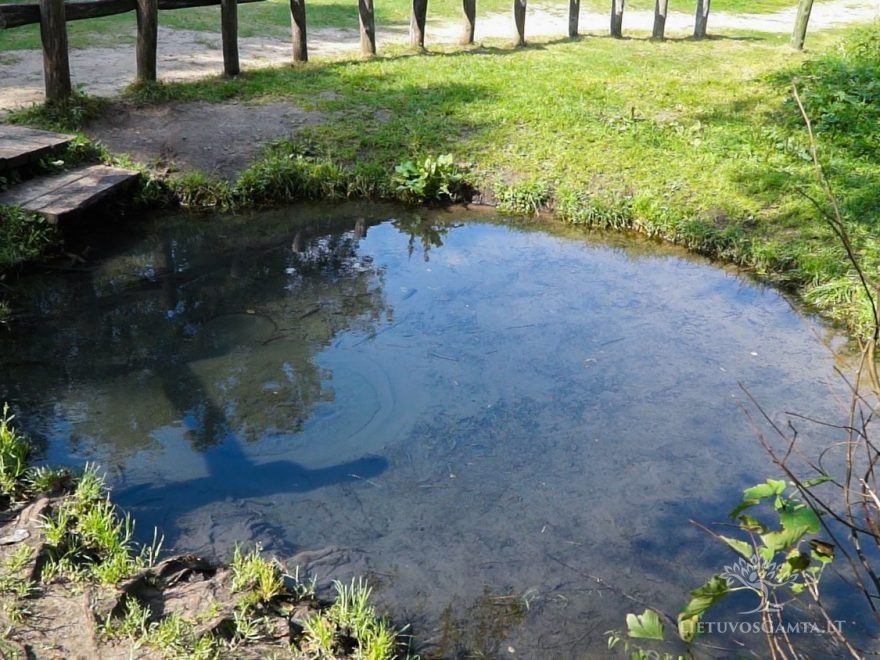 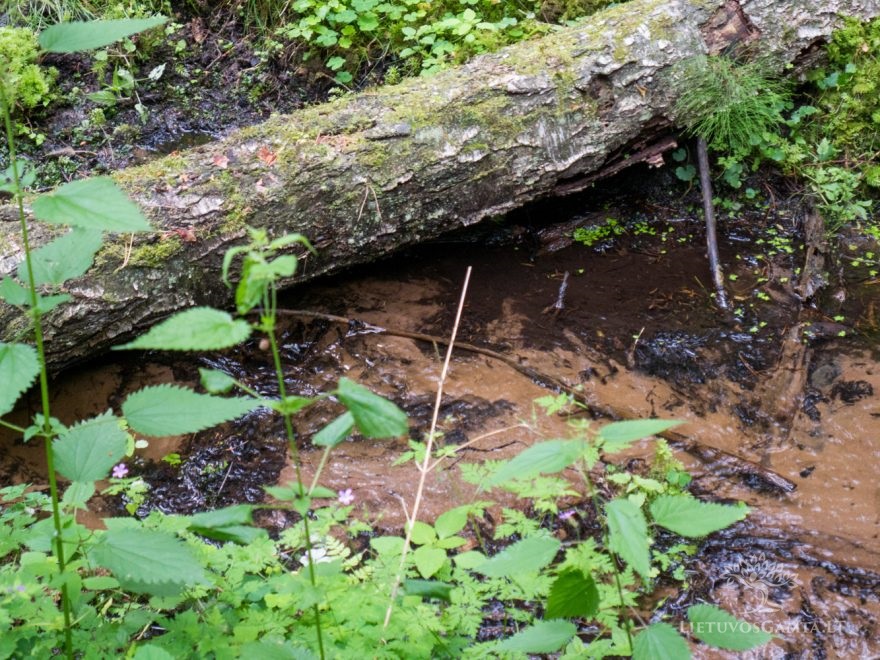