Lavariskes Mound of a mound with a settlement 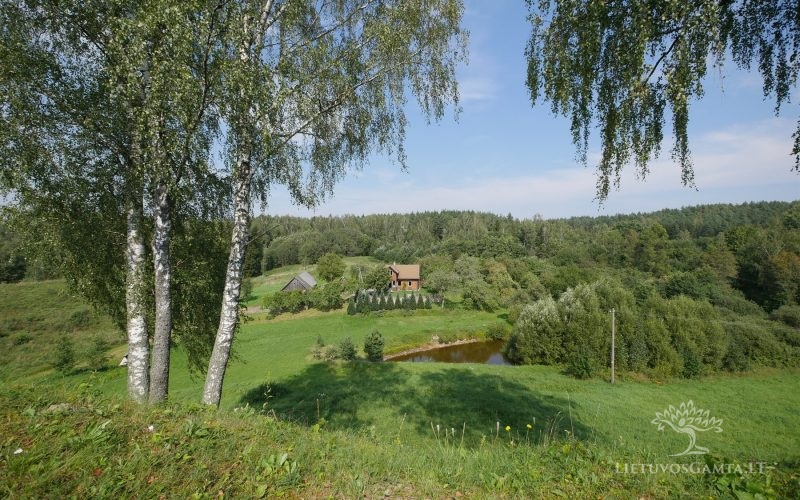 Lavariskes Mound of a mound with a settlement
Also called Napoleon Hat and a Hill of Fire
Lavariskes village, Aukstadvaris eldership, Trakai district

There is no agreement on the point of the origin of Lavariskes Mound that is situated in Trakai district.

Some people say that they had been watching ancient Lithuanians doing their work, while according to others that mound was built by Napoleon‘s troops. Its shape resembles the headgear that had been worn by the Emperor‘s troops. For this reason, many people call the mound Napoleon Hat.

It appeared that a church was hidden, or maybe it is still hidden inside the mound! Various works of excavation had been done in those mounds and they had been inspected carefully. People say that various weapons from the ancient times, the ancient French weapons were found here. A beautiful hill was built. According to people, the troops had formed the hill during the war. There must be also a castle on the mound, but no building can be found. The church of Lavariske is inside that mound buried under a soil.

It is believed that many sacks with golden coins were buried under the mound. […] the old father went to a pasturage to bring the horse home and found a soldier sitting on the horse who pastured the horse in the meadow. The soldier got ashamed at pasturage of the horse and the old father took his horse to the other side, on the other meadow. And there were more meadows in the morning on the hill. My father told about two pots that were standing unearthed on the ground. According to the father, the purse was made of leather, it was round and full of golden coins. The father found gold in every place where the soldier appeared. There really should be riches buried under the ground: people carried out works of excavations already several hundred years ago in an attempt to find a hidden treasure. There was a settlement in the foothill of the mound on the top of which there was a fortress in the 14th century, and somewhat away from the hill Lavariskes site of tumuli, that has survived into the present, is situated. Today you will find here 14 stone tumuli that have survived into the present. They were built to guard the burned remains of the deceased people. Maybe this is one of the reasons why some ancestors keep calling Lavariskes Mound a Hill of Fire…