Papalazdijai Mound with a settlement 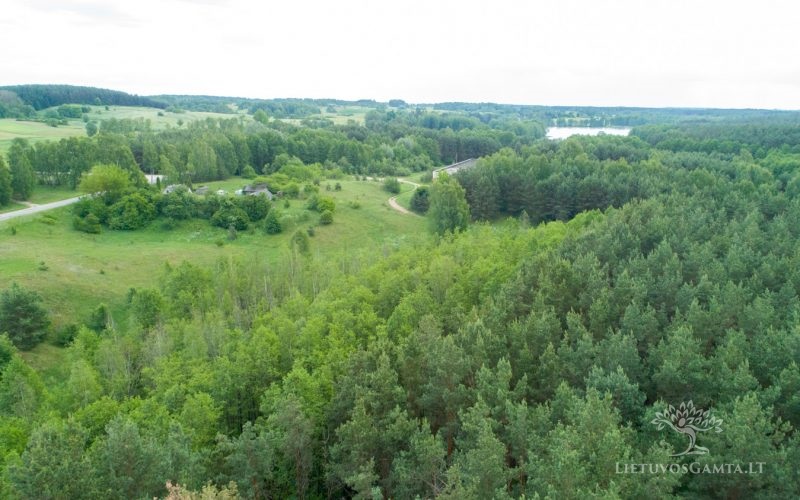 Have you ever known that great treasures are hidden in Papalazdijai Castle Hill, that is overgrown with a pine forest? The old people remember that formerly there was a hollow in the site of the mound. A pebble thrown into the hollow was falling long way down until finally hit the bottom. There are cellars in the dungeons of the hill. The huge cursed treasures, gold and silver are stored in those cellars. Many brave people went on the treasures hunt, but did not manage to find them. After visiting the mound these people left holes on the slopes of the mound, on its dyke and in the site of the mound. Gullible treasure hunters expected to find the door leading to the dungeons of the castle by digging those holes. Furthermore, many people saw ghosts and bogeymen when they walked by the mound during the night.

Today the mound is a quiet place and ghosts no longer appear here. Unexpected abundance of the names of the mound is the only surprising thing: some people call the hill Katkuskiai, while others call it Lazdijai, and sometimes the name Palazdijai can be heard.

There was a fortress in the 13th century on this hill with the multiple names. This place was perfect for a castle: there was Lake Baltajis on one side and swampy hollows on the other side. Both served as protection against enemies. Not far from the fortress, in the foothill, was a settlement. People provided support here to meet the needs of the castle, worked farm works, and were spending their free time by a dining table together with others. Fragments of rough pottery, clay plaster and animal bones that were found in the surroundings remind us about the past of this region.

Today the visitors can find reflections of more recent times while walking around the castle hill that is situated not far from Papalazdijai village. A bunker pit of the Red Army, that formed a part of the Molotov‘s Line, was dug in 1941 in one slope of the mound.