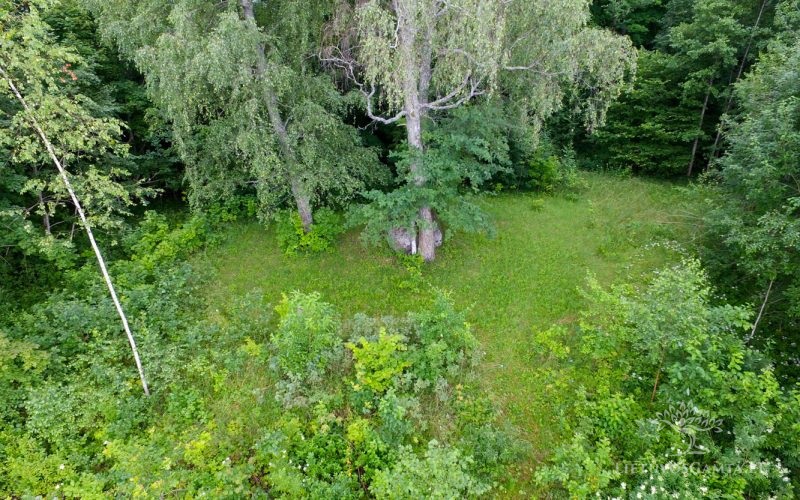 There is a stone near the old cemetery of Lapeli̇̀škiai village with a strange indentation. People say that the indentation has been left there because witches used to sit on it. So the stone was called The Witch’s Throne (Raganos sostas).

Once upon a time, when witches ruled the earth, they used to sit on that stone and sing beautiful melodies – especially if some young men passed by. Entranced by the melodies these young men used to come closer, and then the witches grabbed them and fondle them until the poor men died.

How did various mysterious marks appear on the stones? Apparently, just after the foundation of the world stones used to be soft… But just as soon as someone touches them, stones immediately stiffen and harden. Though marks, left by people, animals, devils, witches or even saints still remain on their surface…

There is a stone in Mitkiškiai village with footprints on it. There are two footprints: one of an adult and one of a child. So the old ones say that once Mary used to walk on earth. Stones still used to be soft, so the footprint of the Christ, the little child, and the footprint of Mary were left on it.

Anyone who wish to sit on the Witch’s Throne are welcome in the district of Zarasai. The stone looms 3 km to the southwest from Turmantas town, in Lapeliškiai village.