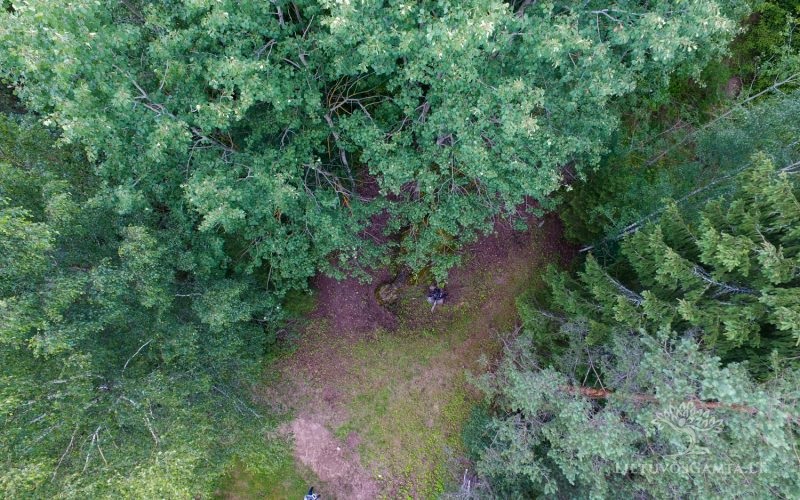 Antakmenė Conglomerate is one of the oldest pagan monuments in Lithuania, also known as the Stone of Sacrifice.

Some say that in the past fire used to be seen here. It was kept by an old man in white clothes who used to take care of pagan gods. Nobody knows what made the gods ireful, but the old man had drowned himself, and Perkūnas hit the altar. The stone reminding of a rock even now looks like split in two.

This flat-bottomed trough used to be used as an altar in the old times. People used to scatter money here, pile up food, and burn tow in order to frighten off the ghosts. It’s said that even the Virgin Mary herself appeared here once, so Lithuanians are still making the sign of the cross by this stone. Antakmenė Conglomerate was extremely popular in the 19th-20th century among the landlords and intellectuals of that time. Polish artist Napoleon Orda visited this place in 1875, painted the stone and included it into the Polish album of historical images. There is no lack of visitors of the stone of more than four meters of height and five and a half meters of length nowadays as well. The conglomerate, called the Stone of Sacrifice, can be found in the district of Ignalina, just 150 m from the Antakmenė cemetery.