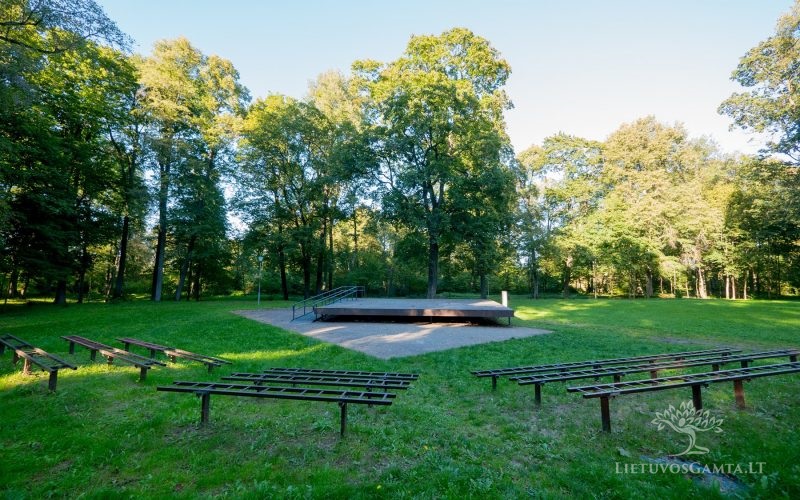 The 10-ha park is set in the very centre of the little town and surrounded by small streets. The park, a natural heritage site, was shaped in the early 19th century by the owners of the estate, the counts Tiškevičiai.  The park surrounded by a bend of the Perėkšlė Creek, is laid out in the English style. There is an alley of American linden trees (tilia Americana), Tatarian maple (Acer tataricum),  Amur maples (Acer ginnala), European larch trees and ash trees grow in the park. The Tiškevičiai had a gardener who took care of the garden, planted, trimmed and tended the trees, planted flowers and designed the alleys. He had his gardener’s house on the territory of the garden.

At the time, the estate of Balbieriškis was one of the largest in the vicinity. It included the town of Balbieriškis and 29 villages around it. Besides their manor house, the owners had built different household and service premises. The mansion was burnt down in war, what remained of the former homestead are the ruins of the cottiers’ house and the stables converted into a culture centre.

These days the park of Balbieriškis estate hosts all kinds of cultural and leisure events.