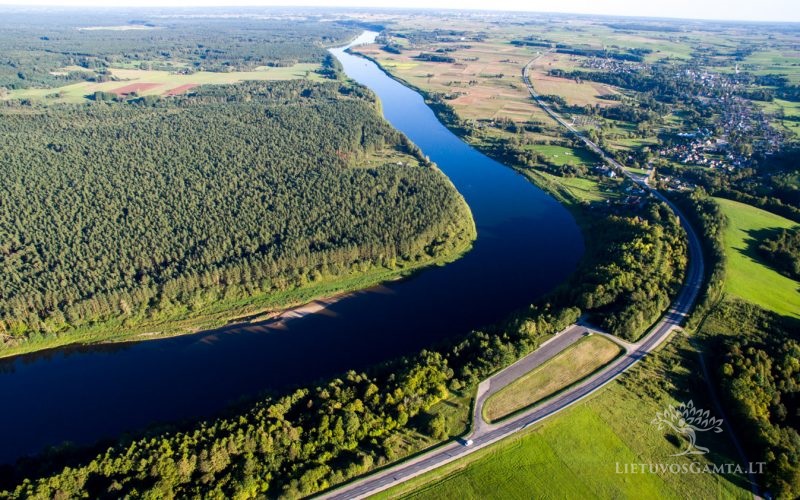 „If you haven‘t seen Nemunas from the slopes of Balbieriškis, you can‘t yet say you‘ve seen the father of our rivers“. This is how the famous Lithuanian naturalist Česlovas Kudaba spoke of the Balbieriškis Exposure.

Balbieriškis Exposure is one of the most visited places at the Nemunas Loops Regional Park. Writers, such as Juozas Tumas Vaižgantas, Kazys Boruta, spoke of the beautiful landscape of Nemunas slopes.

The slopes of the exposure, spanning for almost 2 kilometres, reach up to 40 meters in height, and reaching an amazing 87 meters in certain places. The bend of Nemunas river, valley with its meadows and woods can be seen very well from such heights. On the unstable, steep slopes, landslides and ditches can be found.

In the old days, after the glaciers have moved, a proglacial sea appeared here. It was counted that it stayed here for 200 years. That’s how many layers of different earth sediments were counted and they are constantly examined by naturalists and scientists.

People go to the Balbieriškis Exposure to admire the landscapes of nature. You’ll find the exposure in the village of Žydaviškis, Prienai district, on the left shore of Nemunas.