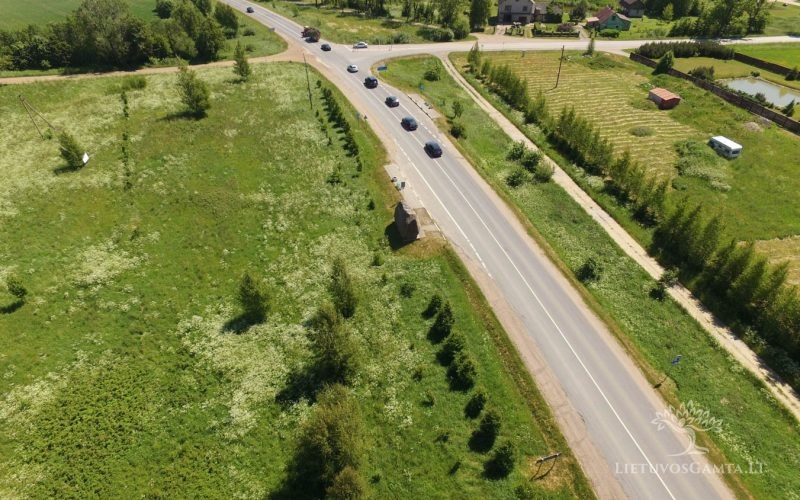 A stone has always had an exceptional place in Lithuanian traditions. That, which lies beneath the stone, is likely to be related to the mysteries of the underworld.
Maybe that‘s why devils loved to show themselves to people around the stones, tease them and by haunting lead them astray…

Savickai fromTauručionys told this story long time ago: We went to Merkinė with a neighbour Marcinskas. And here we arrive to the hill of Pakrikštė and see a ram lying. Huge and bleating. We say: probably someone bought it somewhere and it jumped on the way. Let’s get it on the sled. Once we’re back home, we enter the cottage and tell the kids to go outside, unharness the horse and get everything from the sleds to the stables. They go out and see that there’s nothing on the sleds, only a huge stone. People say it was the devil. So even now this stone looms in the yard.

After this event the local people used to see the devil haunting around the stones more often, though the most interesting thing happened by the stone of Kalniškės.

One beggar was so pious so that he used to see all kinds of ghosts. One night there was an intense thunder and downpour. Once the lightning lit the way, he saw a small haystack and crawled into it. When the lighting struck again, he saw a devil flashing his butt in front of Perkūnas on the other haystack. Oh how furiously Perkūnas struck! But the devil was really fast and he quickly climbed into a tree. Then he stuck out his tongue to Perkūnas. Perkūnas struck again. Finally the devil jumped onto the stone giving Perkūnas the fig. And so Perkūnas kept on striking throughout the night but not once hit the devil…