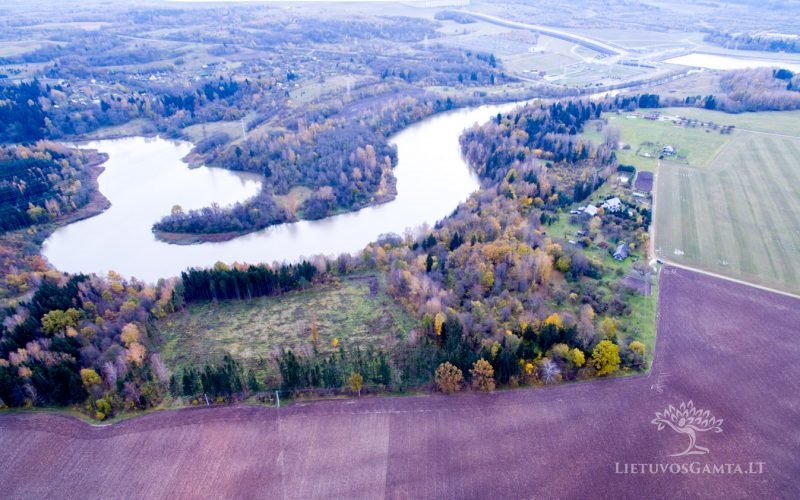 In the stories and legends it is told, that God, having created the earth, ordered the devils to collect stones. It may be that that’s how the Lašiniai stone appeared in the districts of Rumšiškės.

A long time ago, alongside of the river of Strėva, the devil was carrying a large bag of stones. Among smaller stones there was one large stone. The large stone slipped to the bottom of the bag and chaffed it. The bag tore open and the large stone plonked right in the forest. Trough that hole, the smaller stones scattered.

The “Laši̇niai stone”, having found its place on the slope of the mixed and dense forest, next to the outcrop of the conglomerate of Lašiniai – is a state natural heritage object.

It is thought that during the course of the leaching of the slope, the layer of cobblestones, hiding the stone, was washed away and now only a smaller part of the boulder is peeking on the surface. The larger part is stuck in the ground. The boulder is almost all covered in moss, with chips on both sides and prominent gaps of slits on the top.

To this day, the Lašiniai stone lies 200 metres from the river of Strėva, in the forest, in the Kauno Marios Regional Park, Kaišiadoriai distr. This is the largest boulder in the vicinity of Rumšiškės. Its height 1,3 m, length – 4 m and width reaching 2,4 m.