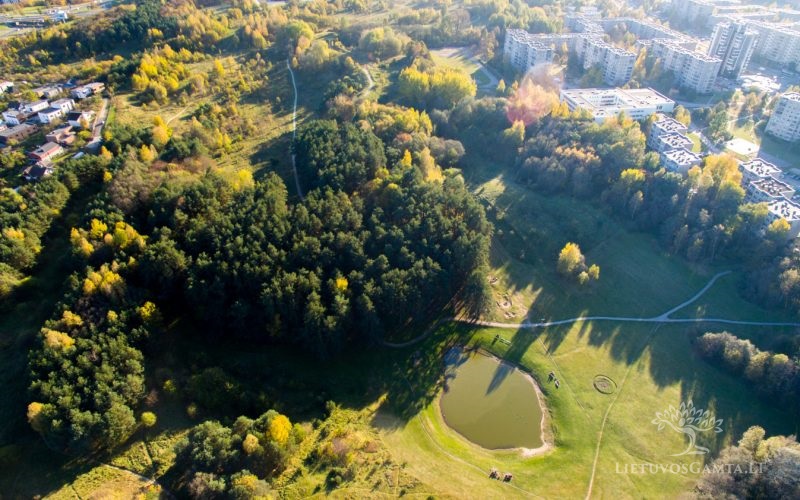 Rare natural valuables can be found in the middle of a large city as well. Retreating glaciers have left a huge trace in Šeškinė residential district of Vilnius. There is a long (more than one kilometre) and narrow ridge, referred to as an esker. It was formed in Šeškinė 16 and 18 thousand years ago by melting glaciers. Increasing climate temperatures opened a huge gap in the ice. The water of melting glaciers kept washing dirt and various deposits, like gravel, sand and rocks. When the glaciers melted down completely, the deposits settled down, forming the winding ridge that we now refer to as an esker.

Lithuania has as many as nine of such geological formations, like the one in Vilnius city centre. They are actually quite rare in the world and the majority of long and narrow eskers can be found in Sweden, Finland and Russian north.

Before the esker that had been shaped during the ice age was acknowledged as a natural monument, it had been damaged by construction workers and local people coming here for gravel. After the war it was even used for detonating explosives that were found in the city.

In total the area of Šeškinė esker takes 30 ha. The height of the ridge ranges from 3 to 18 metres. The higher hills offer charming views to Vilnius and its surroundings.

The ridge starts in the north corner of the intersection between Ozo and Gelvonų streets, winding for a bit more than a kilometre towards a small lake. Several years ago the territory of the esker has been turned into a park.