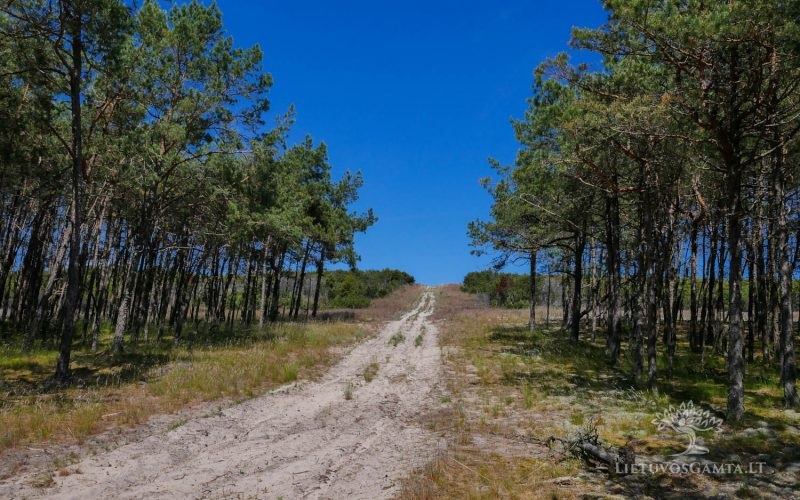 The oak monument, built on Skirpstas dune, features the following lines: ‘Traveller, behold the hand of destruction! Just several years ago this vastness bloomed in gardens and honest villagers lived their serene lives in the village, stretching from the forest to the sea shore. And what is it now that you see!..’ This is an extract from the poem Sunken Village by Liudvikas Rėza. L. Rėza, the famous folklorist and the first publisher of The Seasons by Kristijonas Donelaitis, dedicated this poem to his home. He was born in Karvaičiai village, which was taken by drifting sand quite close to Skirpstas dune. The houses of the village were quite far apart. On Saturdays the fishermen of the village liked to gather in the living room of L. Rėza’s home. They would sit down, enjoy some beer, discuss their catch and look for ideas to protect their home against the drifting sand. Yet their minds were helpless against the nature. The settlers were forced to keep looking for a new home. The merciless wind buried Karvaičiai settlement under a thick layer of sand in the late 18th c. The oak sculpture was built on Skirpstas dune in memory of Liudvikas Rėza and the village, buried under the sand.

The dune, located near the buried village, is about 53 metres high. Its sand does not threaten the residents of Pervalka, who live in the area, any more. The nearly 60 ha dune is surrounded by the forest, which prevents the sand from drifting. The top of the dune opens to the views of the Curonian Lagoon and the Baltic Sea.