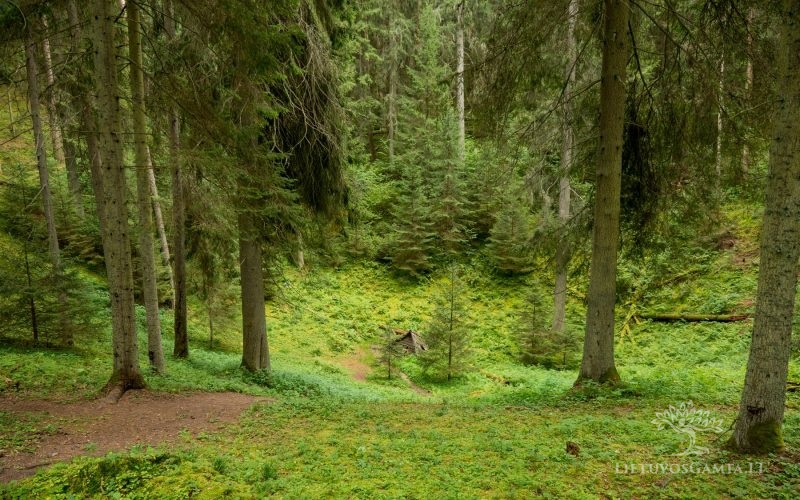 When approaching a sinkhole at Strėva, situated in the region of Trakai, we should perk up our ears. On a quiet day, the sounds of a devils’ party can be overheard coming from its sludge-covered bottom. Where the sinkhole is, there used to stand a cursed devils’ watering hole, which was swallowed by earth. On a fast day, devils were partying at a wedding. As soon as the rooster crowded, down went the place with all the devils. Locals claim, they can still hear mysterious sounds.

Other people say that a tavern used to stand on the site. The father of a big family started partying there. His wife tracked him down, but he refused to go with her. The wife stepped out on the road and cursed the place. A sinkhole opened where it used to be.

Geologists offer a scientific explanation as to the origin of the sinkhole.  They assume it was formed 18,000 years ago. When glaciers were leaving the area, a thick layer of deposits and sediments buried a large bulk of ice. It melted and formed a hollow with 20-meter steep scarps.

The bottom of the sinkhole reminds of a bowl in its shape and covers 10 acres, with two and a half meter thick layer of peat. A nature trail leads around the entire Strėva sinkhole.