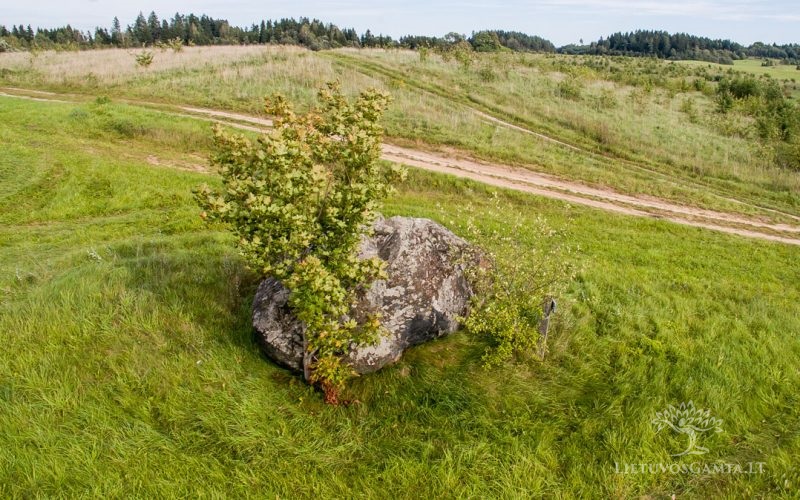 It‘s better not to be around the Stone of Kreiviškiai, also called the Devil‘s Stone, late at night. The legend has it that it‘s not only haunted but it can also lead you astray, since it has been dropped by the Devil himself:

Lithuanians had bribed the Devil in the village of Kazokai so that he would block the door of the church near Bijutiškis, because Polish already used to gather there. The priest had a dream about the imminent danger, so together with the procession went out to meet the Devil carrying the stone. When the Devil saw them carrying the cross, he freaked out and dropped the stone leaving only the traces of the chain. It’s haunting around the stone and people are led astray even now.

The traces of double chain of about 90 cm in length can be seen on the Stone of Kreiviškiai even today. There is also an indentation on it, reminding of a lamb’s foot.

Once, just after the foundation of the world, stones used to be soft. And… they could grow. Stones are growing three days a year even now. But only the stones that are not being moved can grow. As soon as someone touches them, stones immediately stiffen and harden. Though marks, left by the wicked spirits, God, angels, people or animals, remain on their surface.