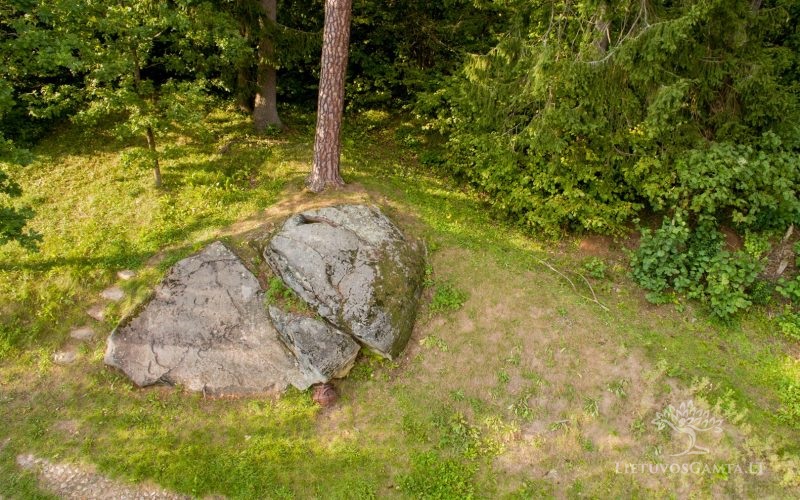 Nikronys has indeed safeguarded the hidden treasure – a pot full of money. It has been unearthed by a certain tractor driver several years ago. Some say that the money belong to a gentleman who used to own land here. The stone of Nikronys had been the line separating the land of this gentleman from the public lands. The gentleman put a sign on his side of the line with the letters MOPT. There is an arrow above the sign showing the direction towards the land of the gentleman. People used to interpret this sign according to the letters: in Polish it was “Moje pieniadze tutoj”, which means “My money is here”. If you look closely, you could see this record remaining on the stone even now.

The residents of Nikronys village are whispering that this treasure might have been left here by Napoleon himself. They say that the giant stone has been rolled here by the soldiers in order to mark the place where the treasure of the emperor is hidden.

However, the stone of Nikronys is not only a guardian of the treasure. There is a little hole on the top of it always containing water, as people say. And this water is not usual, but the saint one, having healing powers. The locals of Nikronys used to treat their eyes using this water.

Due to the overwhelming size, the stone of Nikronys is also called “Didysis” (“the Great”). The length of it – six metres, the height – three. It looms comfortably in Nikronys, Trakai district, only several kilometres from Aukštadvaris.