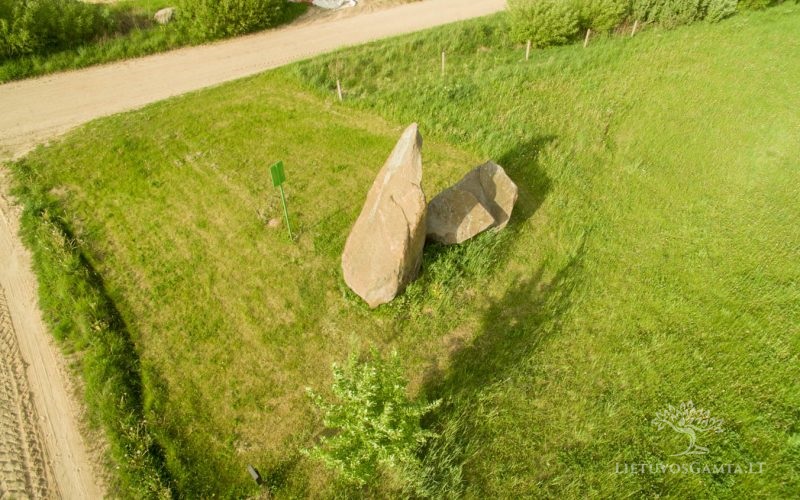 The faith of the ancient Lithuanians in stones, their magical powers and importance was so intense, that even today we say “lift a stone, find a coin”, “a stone can grow even without roots”, “on a busy day even a stone moves”.

However, stones used to move not only during the busy days. Our old ones used to believe that stones are alive. Just like people they travel, have families, grow… Stones are growing three days a year. But only the stones that are not being moved can grow. As soon as someone touches them, they stop growing.

The Steep stone is the highest one is the district, the Sloping – the longest, and the third on – the widest.