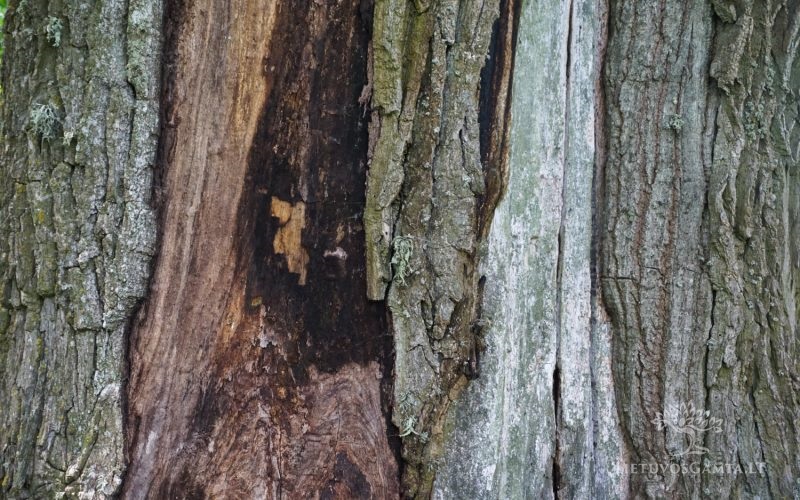 This ordinary, high and powerful oak, growing in Bėčiūnai, Ignalina District, was quite a landmark. Its trunk s about 5 metres thick; by it, local people used to gather. Many have deals to do under its branches: some were dating, others came to tell the news to neighbours. The height of this exclusive tree was 22 metres. Since ancient times oaks used to be sacred trees. People believed that inside of them, a sacred fire is burning. Therefore, a wooden stick made from oak was used to start a fire in the fireplace. Oak chips were hit several times with a stone, rubbed a bit until the fire started. Oaks used to be used for practical purposes. Acorns were for pigs to eat or for coffee to drink by folks. The bark of oak even had a healing value.
This big oak from Bėčiūnai reached even 350 years. Unfortunately, its roots were so widely spread under the ground surface that were not sufficient to hold the old tree and it demolished itself together with the ancient roots in 2017. 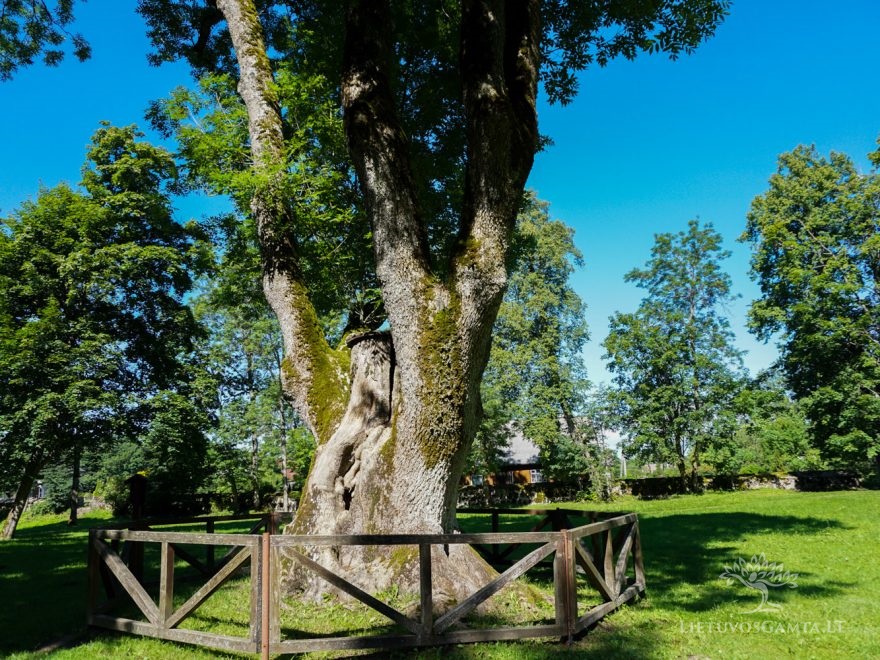 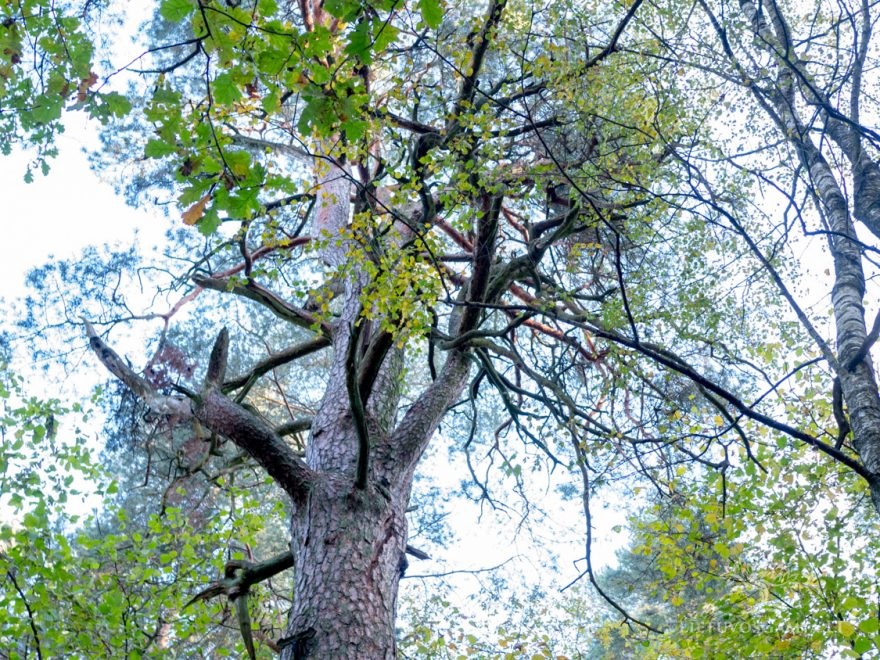 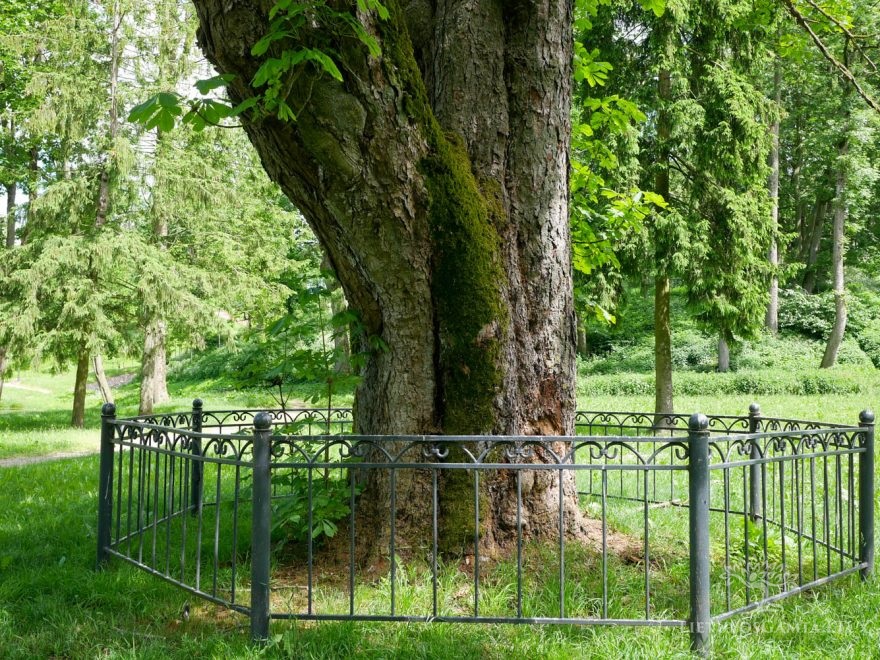 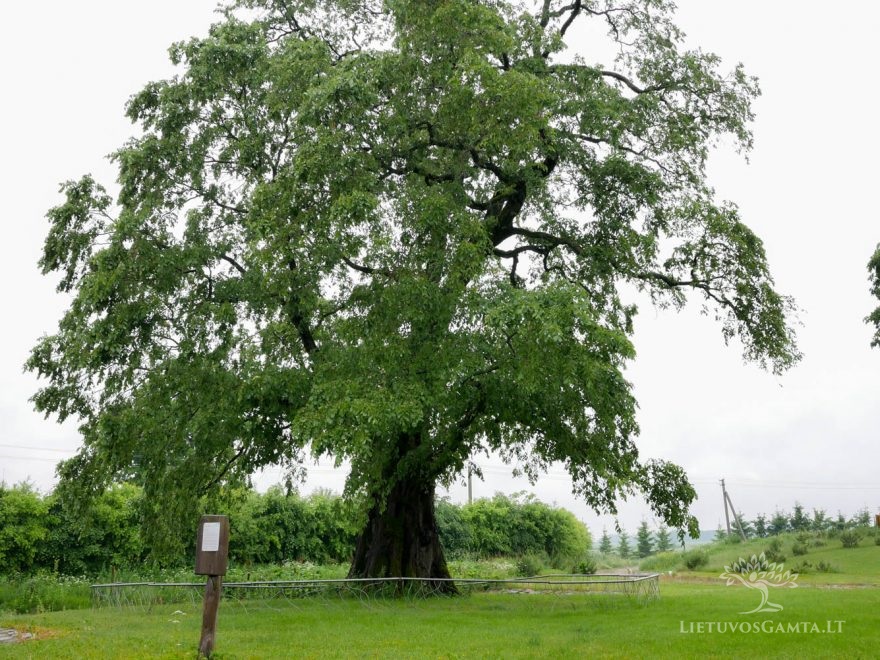 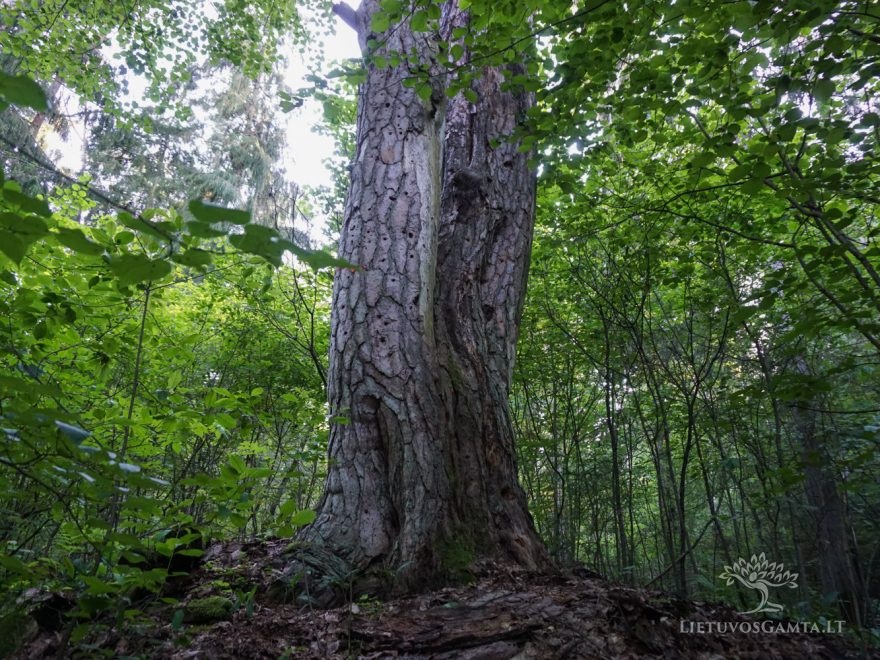 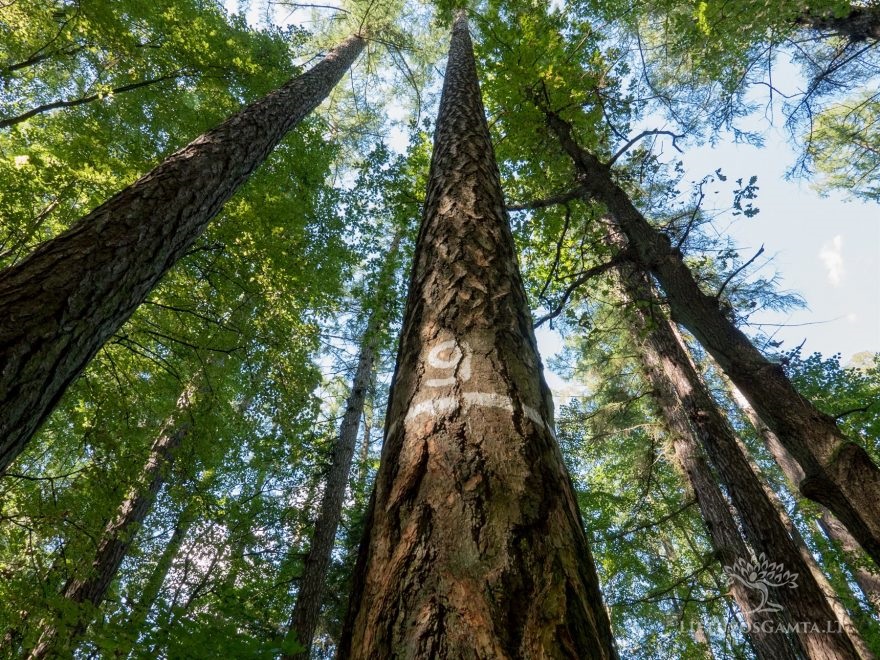 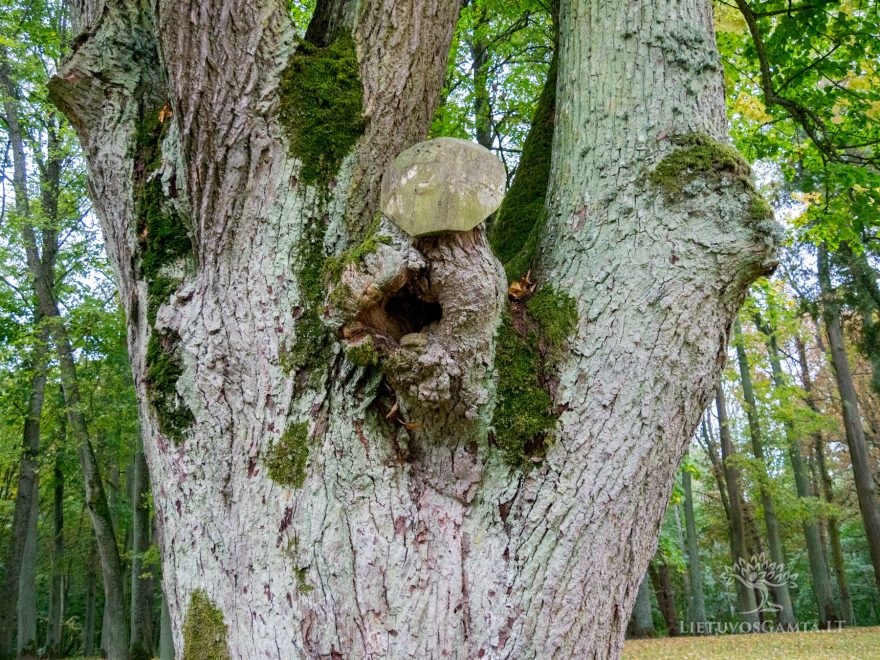 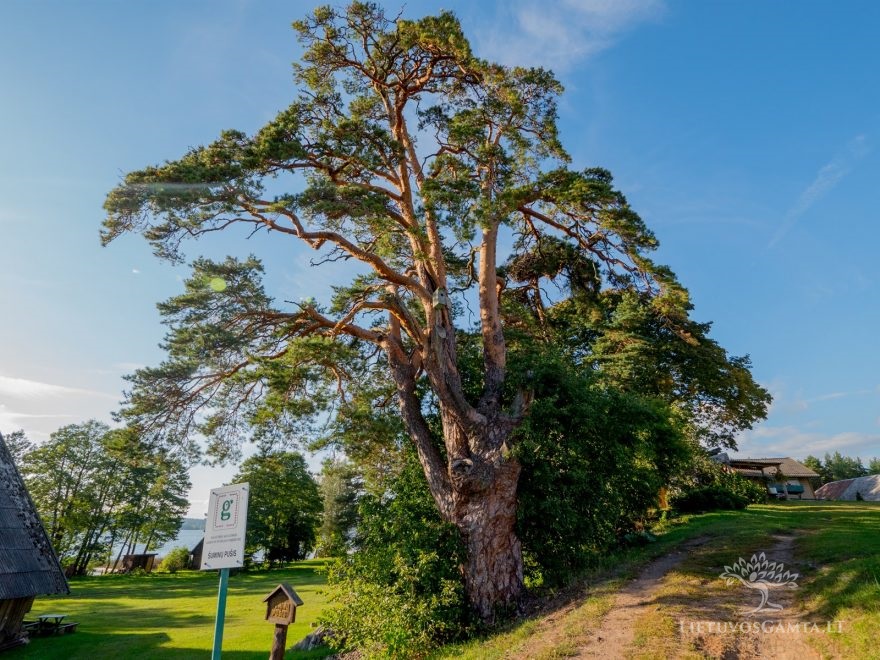 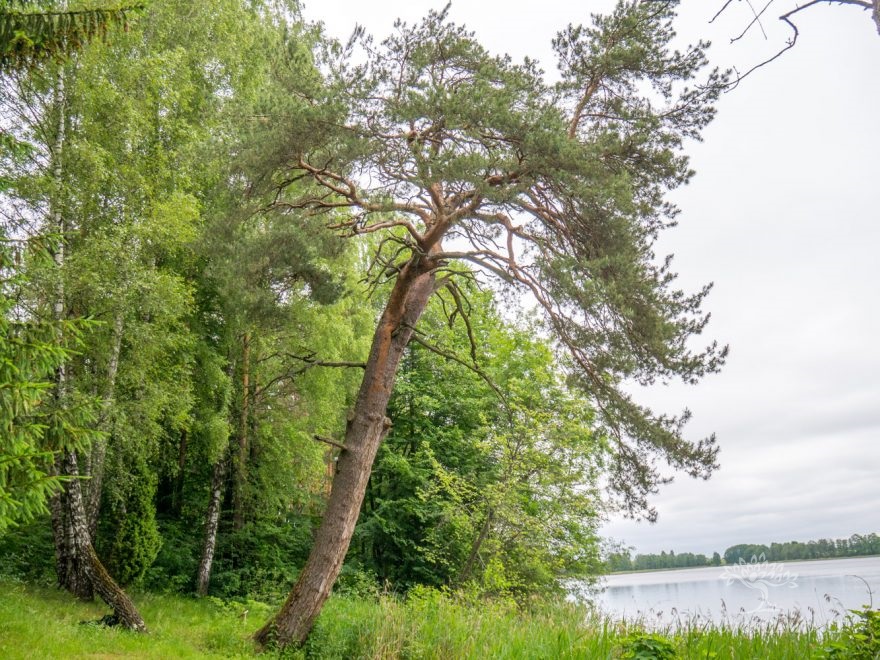 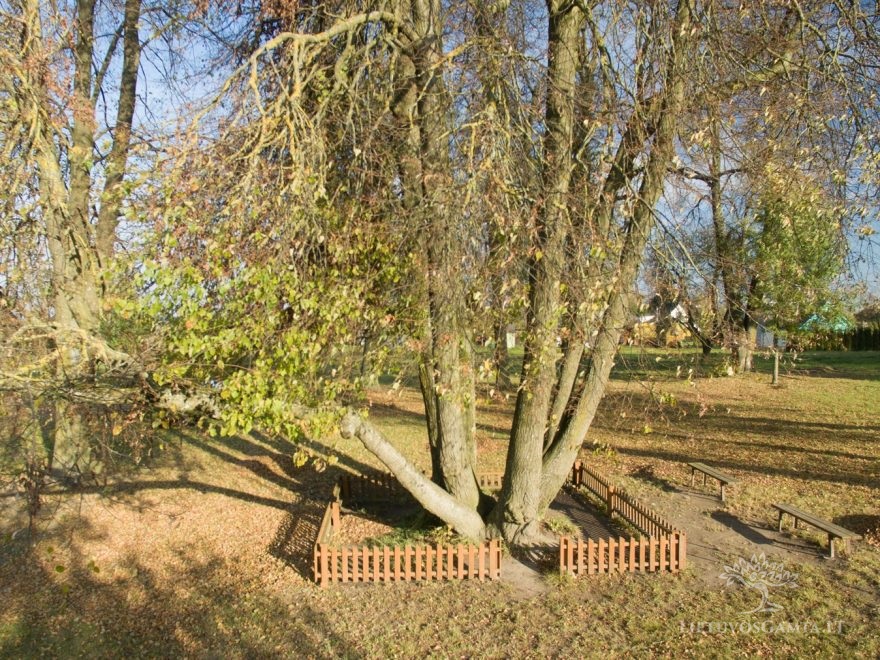 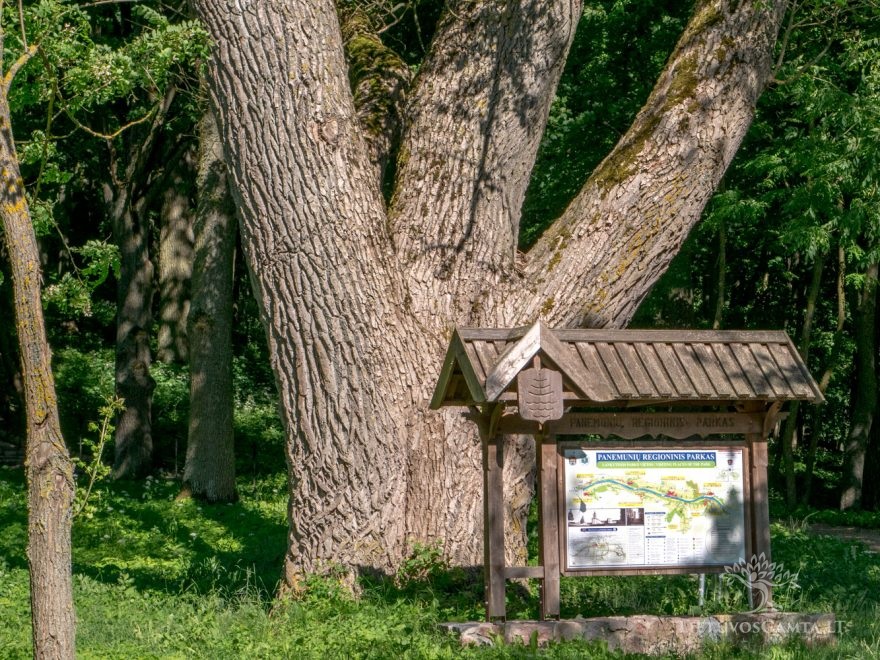 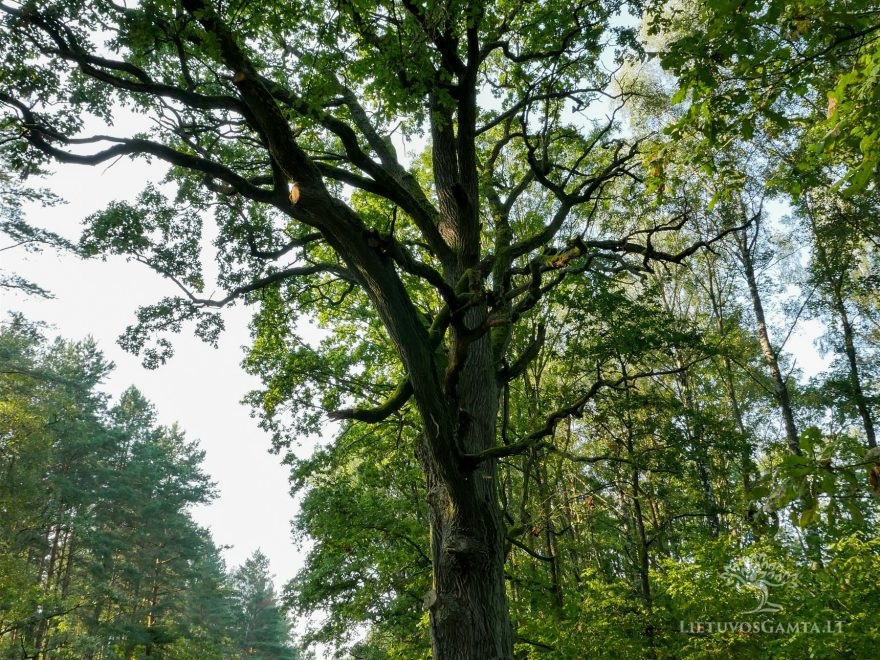 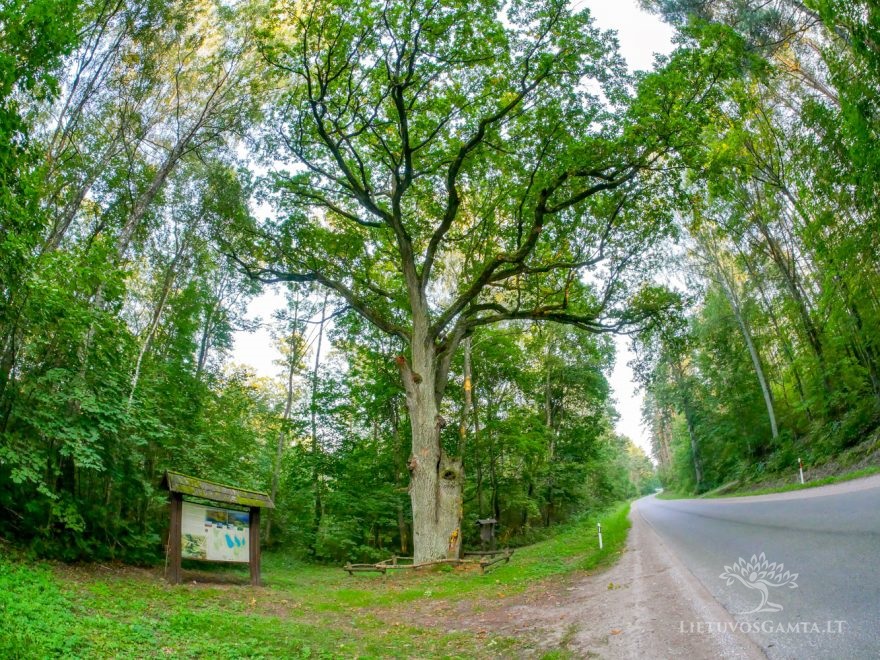 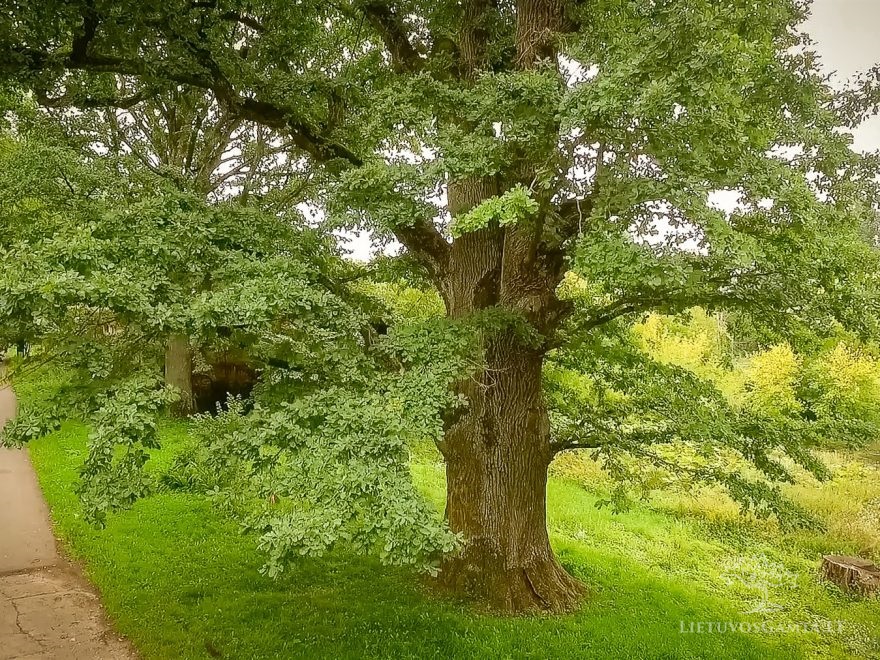 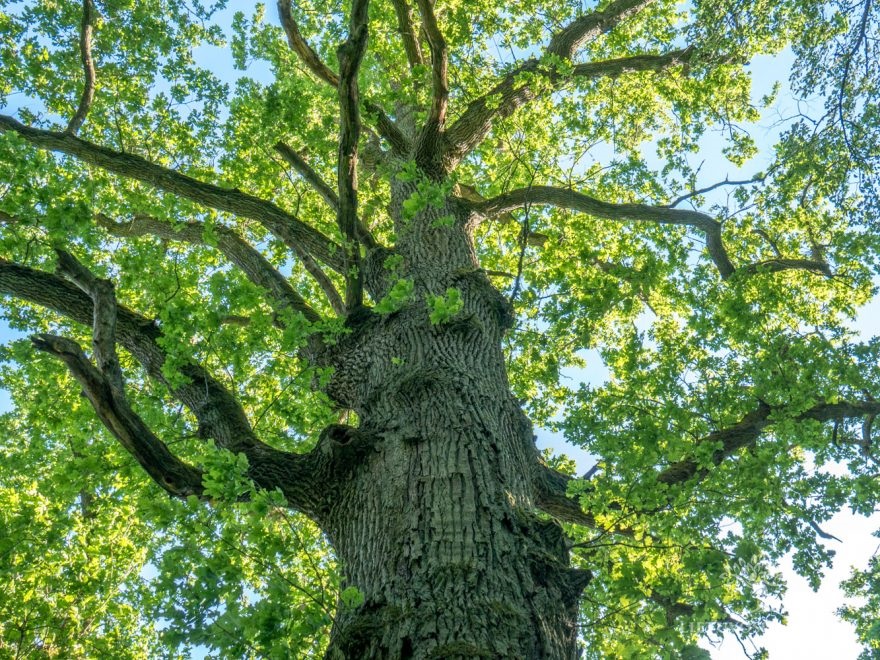 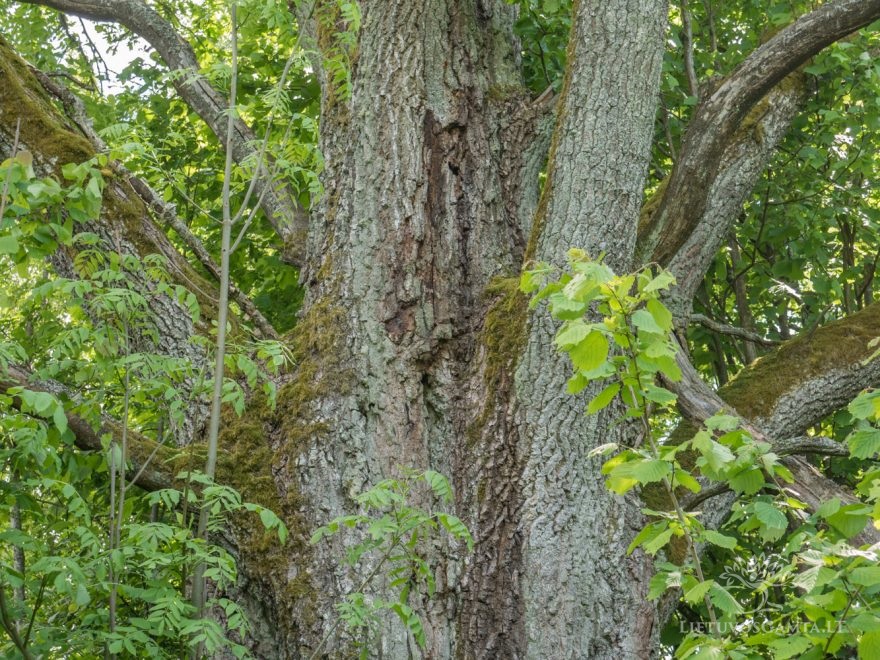 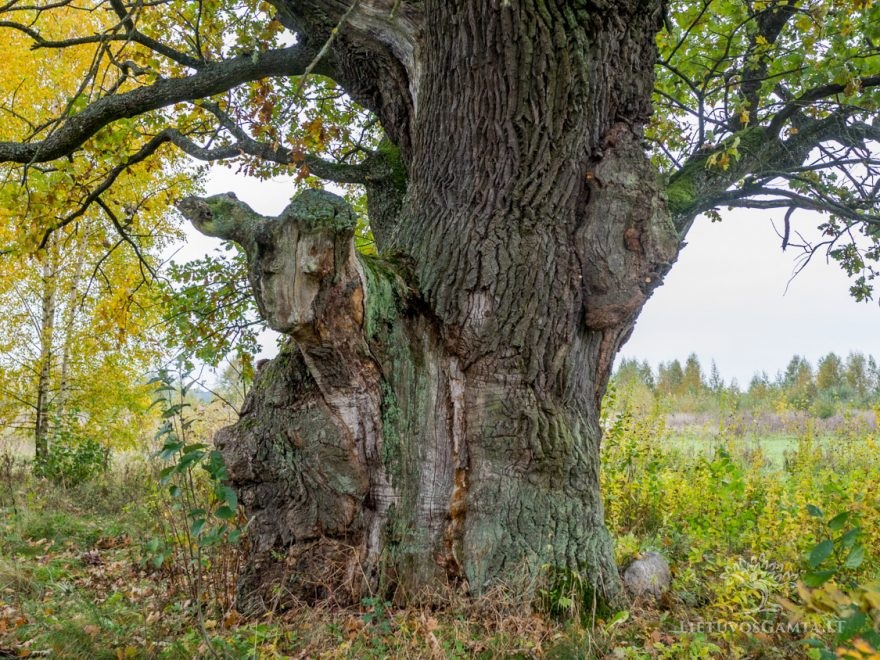 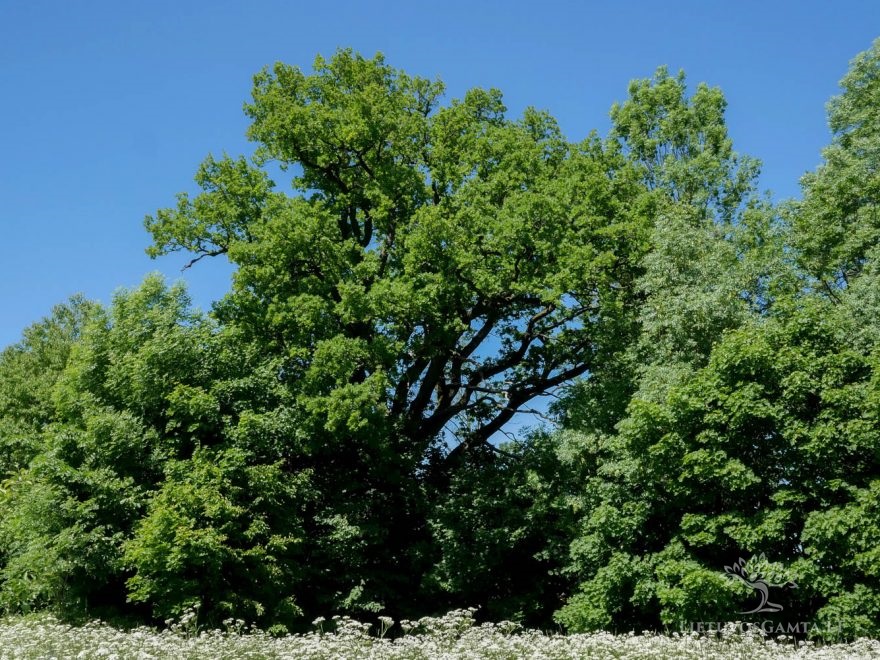 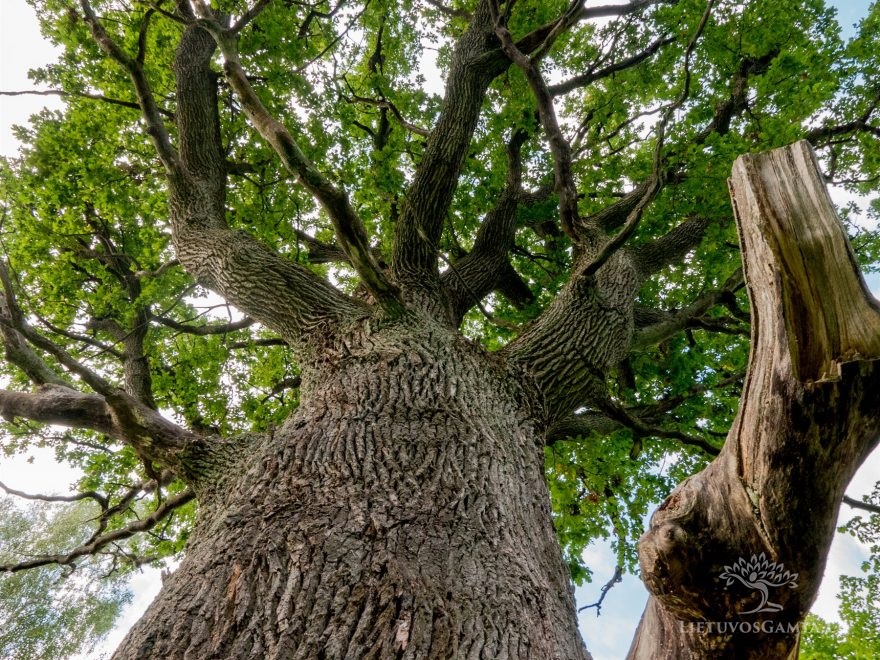 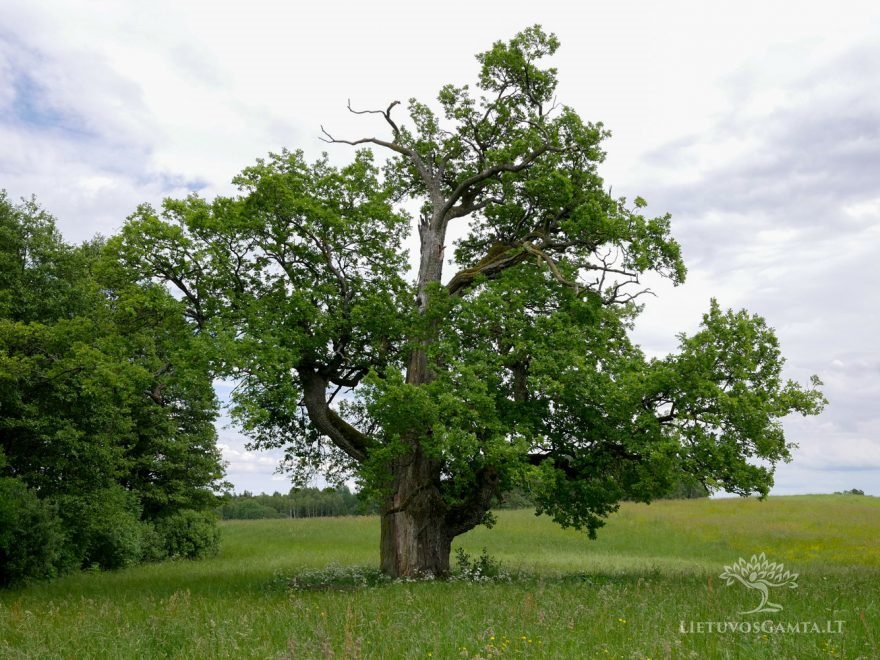 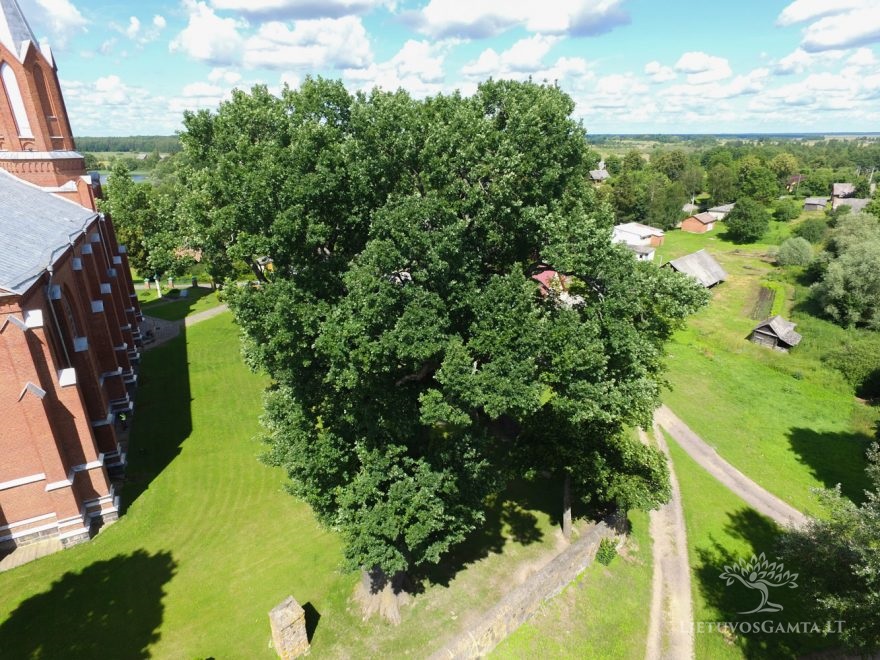 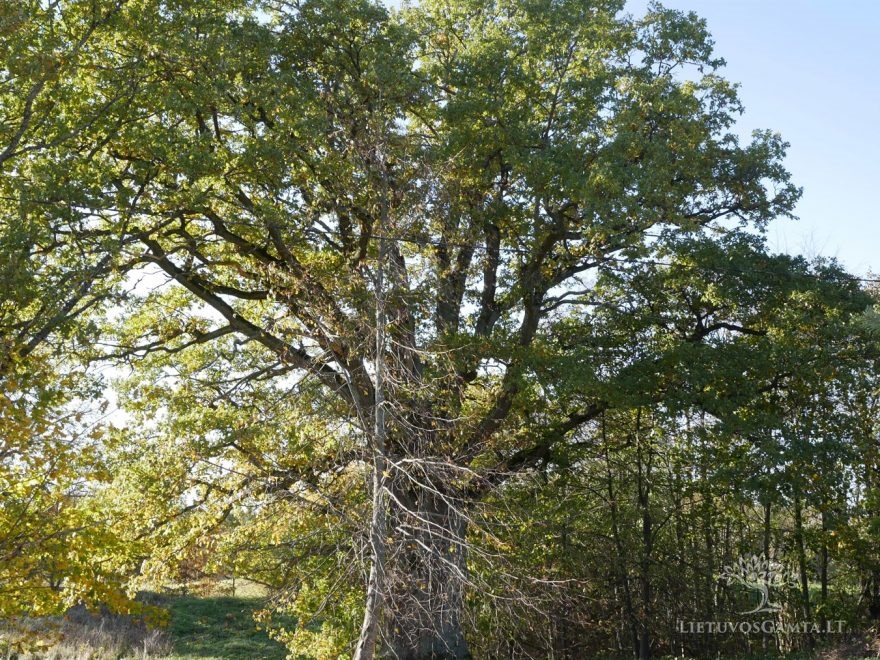 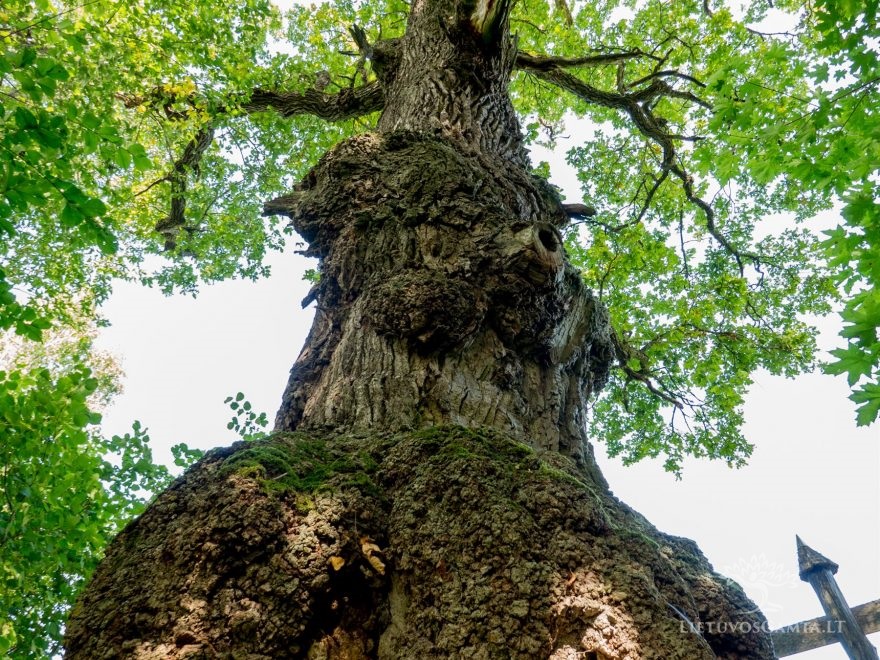 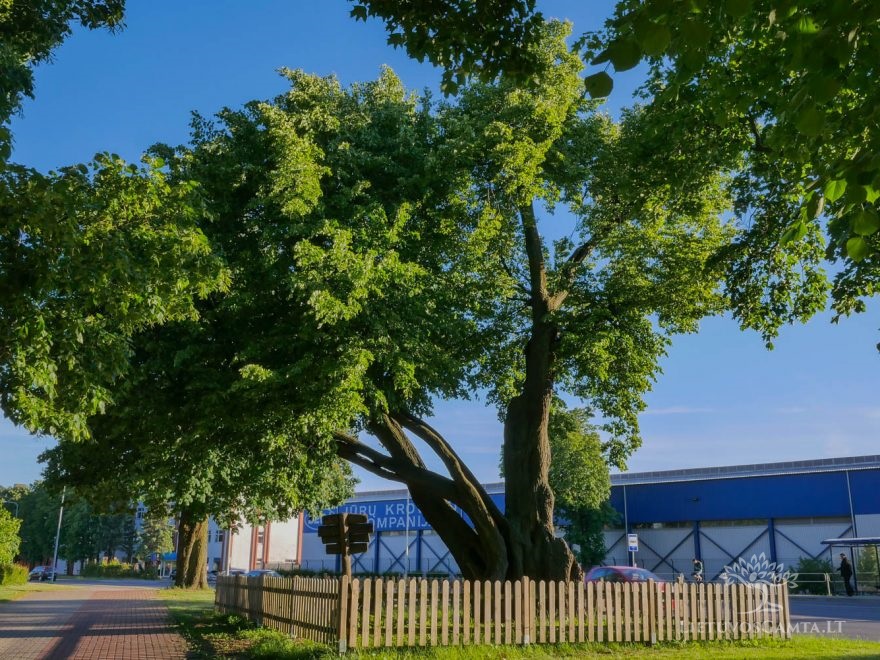 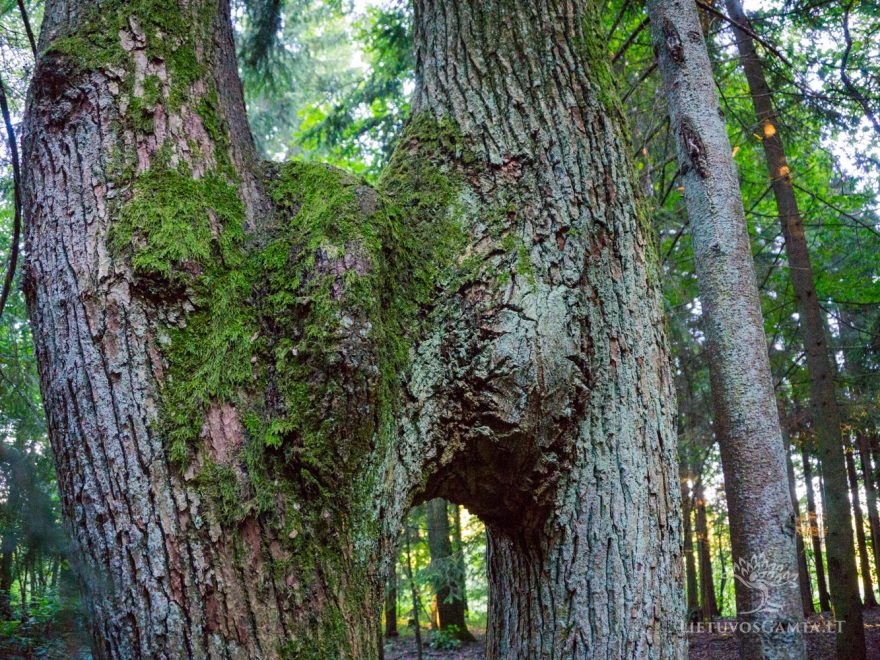 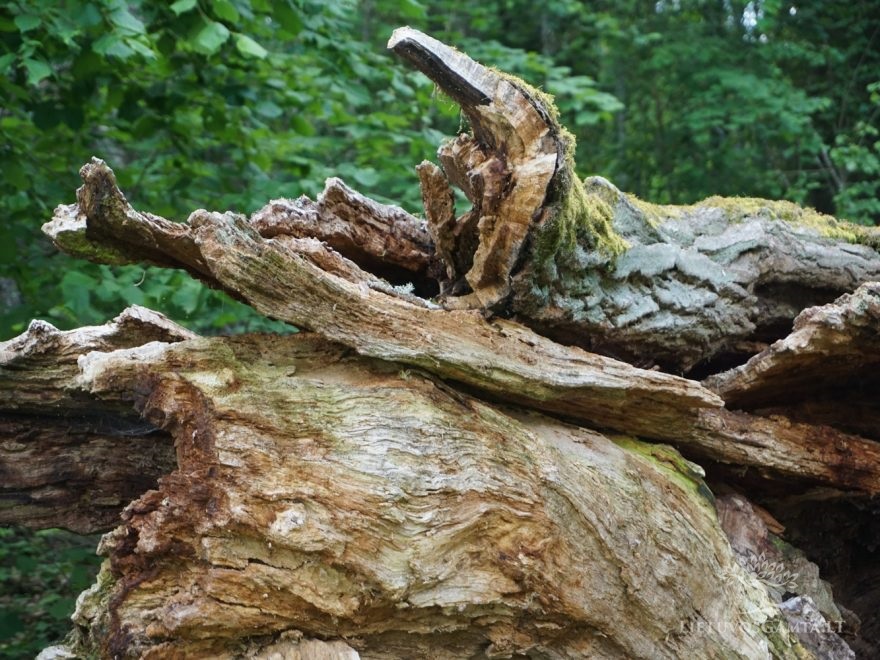 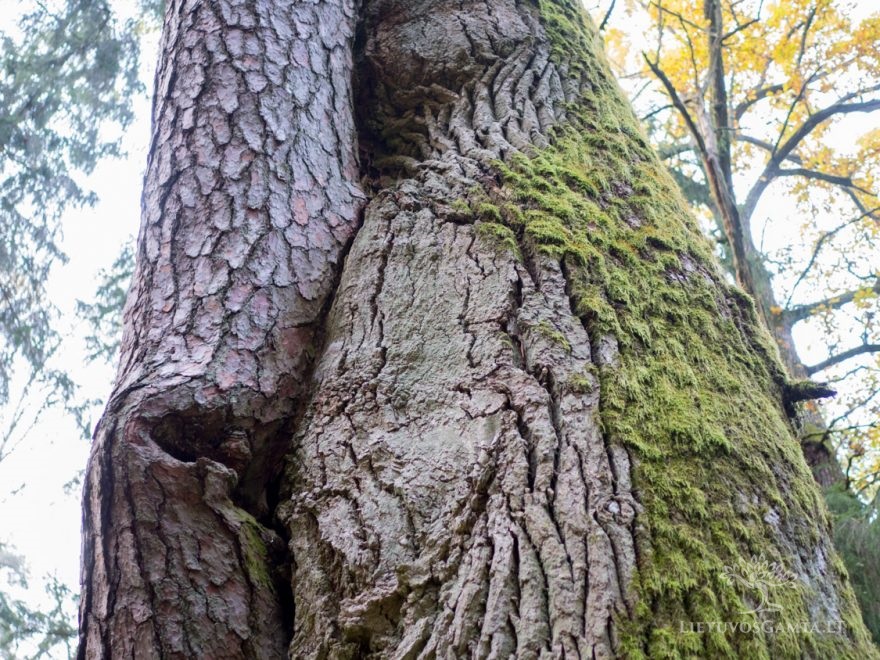