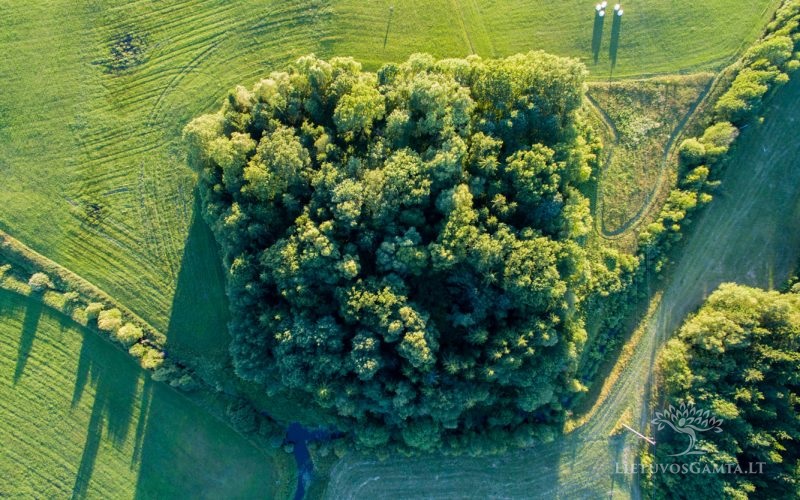 The oaks growing in the village of Getaučiai in the district of Plungė are just like twins. Two mighty centenarian trees have grown together in a long while. They both are of the same height. The branches of both of them rise up to 22 meters.

The oaks of distinctive appearance used to be considered sacred from the ancient times. It was believed that Perkūnas lives in them. The oak used to be offered as a sacrifice for Perkūnas as well as used to be burnt in the honour of Perkūnas. As soon as a son is born an oak used to be planted in the yard, and when a man died, the oak decorated his grave. The custom to plant an oak as a symbol of strength and sustainability for the remembrance of various occasions has remained up until these days.

Centenarian twin oaks can be found in Žemaitija National Park in the district of Plungė, the village of Getaučiai.