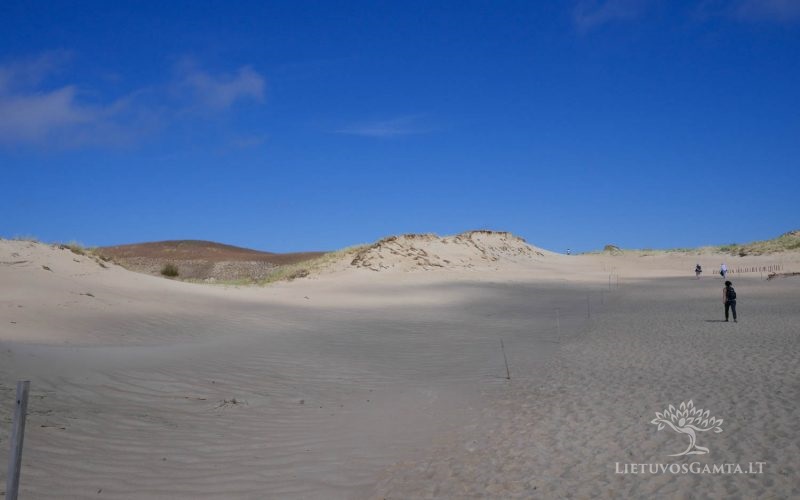 One hundred fifty years ago instead of the modern-day Agila dune there was a settlement, called Naglis village. Its residents used to fight the drifting sand every day. Seven generations tried to stop the sand and save their homes, but their effort was fruitless. Piles of sand near the houses were so huge that they made it difficult not only to walk through, but live there as well. The entire village had to move to escape the drifting sand. People used to leave their homes and, hoping for mercy of the sand-carrying wind, started their lives anew several kilometres further. Yet one day they had to move again.

The 53 m high Agila dune has buried four locations of Naglis village under the thick layer of sand. In two hundred years since 1675 the village had moved south 7 kilometres. Finally, the locals decided to stop fighting. Some of them moved north of Nida and established Purvynė settlement, while others moved even further – to Preila and Pervalka. The village was abandoned and the location that didn’t look like a settlement any more was given the name of Agila dune. For the prevailing colour of the local plants, some people refer to the dune as the grey dune.

Perhaps the sand would have driven out the settlers from other locations as well, but the start of the intensive sand reinforcement works prevented that. Having gained knowledge from the abroad, locals started stopping the sand using sand-retaining plants. In other locations they wove brushwood fences, thus reinforcing the great dunes, which formed a protective barrier along the sea coast.