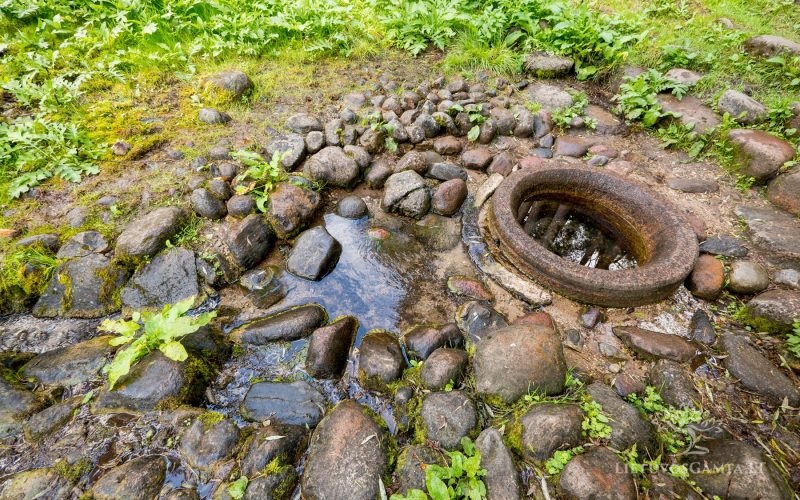 While travelling in the district of Utena, do not forget to make a pleasant stop and admire the Lygamiškis, or the Krokulė spring. The spring meanders nearby the village of Lygamiškis, in the Užpaliai eldership. The legend has it that on a summer morning young shepherds saw Christ in this location who was emanating rays of light. Frightened, children fell to their knees and prayed. Christ blessed them and disappeared. The stone that Christ stood on retained his footprint. It is of interest, that the stone with the imprint of Christ’s foot was preserved until present, and it is kept in a small chapel, and the grove is regarded as sacred by local people. The traveller’s eye rejoices at the sight of 20 m x 20 m area of the pine-tree forest around the spring of Lygamiškis. As early as 1930, this area was fenced by a massive metal fence under the initiative of priest A. Paurys.

The water of Krokulė or Lygamiškis spring is known for its magic healing qualities. It is extremely pure, clean, and tasty. Lygamiškis mound, situated nearby,  is thought to have been a pagan sanctuary. A story tells that once a villager from  Užpaliai stole coins thrown into the spring as donations by believers and, as God‘s punishment, the fingers of his right hand became paralyzed.