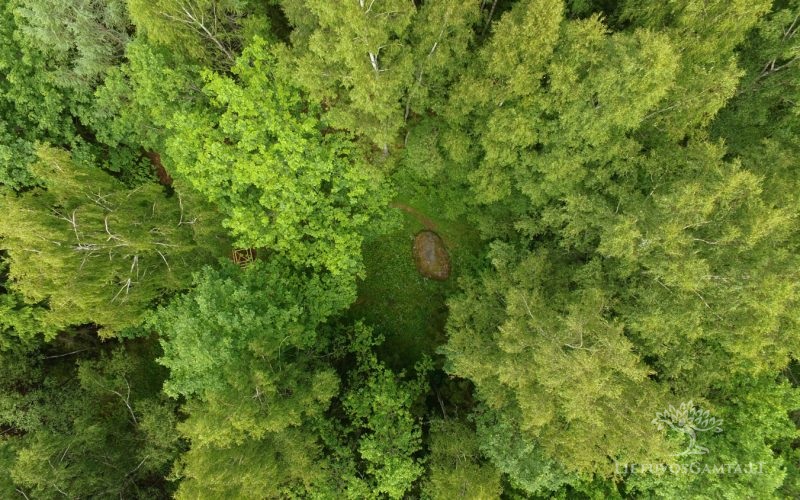 Our ancestors, who lived alongside nature, used to worship not only trees, water, earth or fire. They used to consider stones as sacred as well, they used to know their spirit and believed they had extraordinary powers.

Ordinary stones used to be split and used for household purposes, for laying foundations, and paving paths. If you decide to split a sacred saint stone – you will not get way from disasters (most likely).

Even at the moment of blowing up the sacred stone, looming on Rambynas hill, one worker had his eye and arm badly injured, and all of those who were part of the works were crippled; and death awaited the managers themselves. The miller Švarcas from the nearby village Bardėnai had made grindstones out of the bigger part and placed it in his mill. Soon he grown poorer, and one day he was found pulled into the gear badly injured. “Sacred thing it was, and it avenged for touching it this way”.

The stone of Jomantai managed to remain intact. As it was hiding underground a long time ago. The boulder was found and uncovered by the forester of the Survilai forest, Jonas Kulvinskas, with the idea, that people could admire the “Brother of Puntukas”.

The boulder looms in the village of Survilai, Telšiai district, in Varniai Regional Park, near the recreational path of Jomantai forest, so when you take a walk, do not simply pass by.